This Friday, New York City-based multimedia startup Walk In My Shoes Media is launching a VR platform that uses immersive storytelling to make a social impact and promote inclusivity. Company employees, or members of academic communities, will be able to experience the consequences of prejudices first-hand. 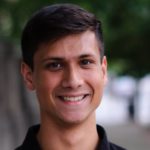 The idea for the company grew out of his own background, company founder Tyler Huyser told Hypergrid Business.

“Being biracial, I’ve always been asked the question, ‘What are you?’” he said. “The frequency with which it was asked sparked a desire in me to learn about the racialized and cultural experiences of others from an early age.”

“This fascination got transformed into action after hearing the hateful dialogue of the 2016 election,” he said. “I sought to compile the stories of others with the intention of creating a platform to share them with the world.”

“While brainstorming a business model and determining diversity and inclusion training to be the perfect market for our product, we discovered that a new technique, called perspective-taking was disrupting the industry,” he said. “It didn’t take much to put two and two together and realize that VR could make perspective-taking a reality in these trainings.”

Virtual reality helps put the human element back into diversity training, he added.

Usually, diversity training focuses on data, statistics, and hypothetical scenarios, he said. “In the end, they fail to persuade participants to view minorities as people.”

With the VR experiences, audiences connect with the storytellers as real people, he said.

One example is a video titled “Naureen,” about a woman who decides to wear a Hijab.

“We’ve noticed that everyone who watches Naureen walks away as if they know her,” he said. “They always refer to her by name, not as an identity, and that’s something we’re very proud of.

This kind of immersive storytelling can be used to combat other types of bias as well, such as that based on gender and sexual orientation, said Huyser.

“In fact, we’ve been fielding many inquiries from LGBT+ organizations so we’re really excited about bringing stories from some of our LGBT+ narrators to life,” he said.

One of those narrators is Kody, who, in the video below, talks about how his rural upbringing created barriers to fully embracing his sexuality.

Another is Melvin, an immigrant from the Dominican Republic, who explains the ways to which expectations regarding his ability to explore his sexuality didn’t materialize into reality upon moving to the States.

“At the beginning, I thought I was shooting a simple interview series for social media, similar to Humans of New York,” said Huyser. “It then evolved into VR.”

Ultimately, he said, he wants the company to grow from being a media component used as part of diversity training to actually leading the training themselves.