If climbing Mount Everest in real life is too expensive or dangerous, but you still want to find out what it’s like, virtual reality may have the answer.

EverestVR is an immersive experience for the Vive and Oculus Rift headsets, available on the Vive Infinity platform. Set amongst the world’s tallest mountain viewers can take in the incredible journey two adventurers set out to accomplish in honor of their beloved friend.

But if you don’t own one of those headsets, keep an eye out for it coming to your area. 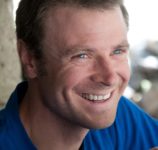 “We’re rolling it out to location-based entertainment venues around the world,” cameraman Jonathan Griffith, EverestVR’s creator, told Hypergrid Business. “We also have a 360 8K dome projection version that we’re trying to distribute to museums and planetariums and any other dome event.”

The experience started out as a Google Street View project, said Griffith, whose other work can be seen at Alpine Exposures.

“The whole focus in my career has been to take photos and videos of locations that humans have never been to, or only been to a few times,” he said.

Then he got a chance to try out an extremely low-end virtual reality headset. Even though it wasn’t one of the higher-end headsets, like the Vive or Oculus Rift, it was still a powerful experience.

“Not long after, I got to wear Google Cardboard for the very first time and it blew me away,” he said. “Trying to explain what it is like to watch a sunrise from the summit of a mountain in the Himalayas that no one has ever climbed before is quite hard to do. VR is the most powerful way of sharing those feelings because you can really affect human emotions. I can share the mountains with those who would otherwise never get to be up there. It’s such a fantastic tool.”

“We did a lot of filming over separate seasons all over the world to create the film. However the climb itself on Everest is relatively short at about six weeks in total,” Griffith said.

The biggest challenge, he said, is that when filming in 360 degrees, you can’t stand and hold the camera — since the camera points in all directions, you’ll be in the shot.

“You have to position the camera and walk away,” he said. “You can’t really anchor the camera down to anything and the snow can be very unsupportive. That means you end up jamming a relatively lightweight tripod into the snow, then setting it all up and hoping that the wind is not going to blow it over and down the mountain to be lost forever.”

Griffiths also had to set up external microphones for each shot, as well as clip-on mikes for the individual climbers.

That was a lot of equipment to carry up and down the mountain.

“There are also a lot of teething issues with VR as it’s such a new capture medium,” he added. “I had to sit out at night and hit ‘record’ on the camera every 30 seconds to take a photo for the time lapses. At 30 frames per second, you end up having to shoot continuously like this for about four hours through the night to get around 15 seconds of time-lapse. You can imagine that at high altitude this isn’t the most comfortable experience but those night time time-lapses you’ll see in the film were worth every hour of bitter cold sitting out there.”

Then there’s the avalanche.

“I ended up coming back after we had climbed Everest to try and capture it as it was such an important part of the film for me,” he said. “In total, I spent 13 days sitting in that spot all day long by myself waiting for it to release so I could hit record on the camera. The worst part is you could end up just sitting there for a month and still not get it, so when it finally happened I was over the moon to be able to pack my bags and get home.”

You can watch a 360-degree preview of the experience below on your phone, computer, or in any virtual reality headset:

Oculus Venues Arrives On Quest Alongside Fresh Updates For Rift

Bobby Carlton - July 24, 2019
0
Oculus’ July Platform Update is all about Social VR.Oculus has announced new features and updates to both the Oculus Quest and Rift platforms...