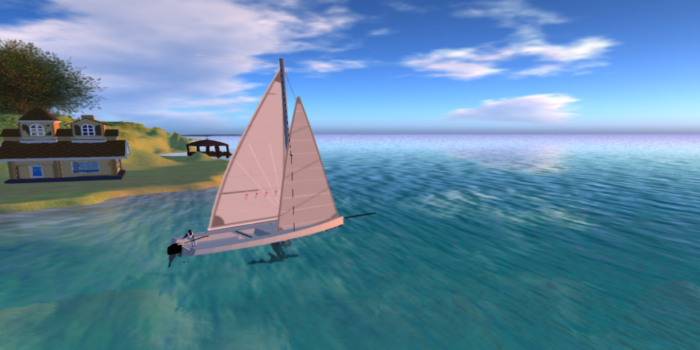 Closed grids — where users can’t teleport over to other grids — have been losing ground in OpenSim lately and suffered a big hit last year with the closing of InWorldz.

But some people prefer closed grids, where grid owners have more control over who can access the grid, and what content is allowed on the grid.

For those people, there are two main choices today — Tag Grid and DreamNation.

Tag had a big influx of users and regions after InWorldz shut down, grid owner Constanza Amsterdam told Hypergrid Business.

“We have even developed a proprietary program for OARs [region export files] coming from InWorldz, to make sure all products are assigned to the rightful creator and rightful owner,” she said. “This gives people security that their items don’t all of a sudden end up in a different creator name when they gave permission to have their items included in OARs from others.”

But the biggest difference by far is that Tag has its own online market. The Tag Grid Marketplace currently offers 17,508 different items.

DreamNation does, however, accept deliveries from the Kitely Market, according to Kitely CEO Ilan Tochner, which currently has over 30,000 item listings, grouped into more than 15,000 products. (On Kitely, items that have different colors, export permissions or other attributes are called variations, and grouped together, while the Tag Grid Marketplace lists each as a separate product.) However, DreamNation content creators who want to sell on that marketplace need to create an account on the Kitely Grid and make their products available for export.

The Tag Grid Marketplace is only for Tag Grid merchants and delivers only to the grid’s own residents.

“The Tag Marketplace website comes with its own networked vendor system that merchants can use in their inworld shop, without having to set up everything over and over again,” said Amsterdam. “It even has an option to make affiliate programs and split profit with a business partner.”

In addition, each merchant gets their own page, to make it easier for them to promote their online store to customers.

Amsterdam wrote the code for the market with two other developers back on Second Life, then launched it on Tag in 2015. It took time, however, to make it compatible with the current version of OpenSim.

“But now we are totally up to date with the software, so we can show it to the outside world,” she said. “Next to Kitely, I do think we are the only grid out there with a fully functional marketplace website.”

However, unlike its main competitor, the Kitely Market, the Tag Grid Marketplace only delivers to users on the Tag Grid. But that works for its content creators.

“I love the Tag Marketplace,” said Akila Ormega, owner of the URBAN 4 U store. “It is very versatile and designed to give all designers an opportunity for exposure. I also love the feature to transfer our currency back in world so we can either shop or cash them out so that’s a benefit for a merchant creator like me. I have been with Tag for almost three years and I have made many sales on here and have done well enough to open my own sim to expand my businesses and help other merchants expand theirs as well.”

The Tag Marketplace works a bit like the old Xstreet marketplace on Second Life, said Amsterdam. Merchants and residents register at an in-world terminal, then can use the same terminal to add or withdraw funds for use on the marketplace.

The virtual currency earned can be cashed out via PayPal or used to pay rent for regions.

“The Marketplace is cool, simple setup and for people who are familiar with old XStreetSL easy to understand,” said Jessi deVil, owner of Jessis Furniture & JF Clublights. “The idea with the vendors also is good.”

Some creators prefer the additional security of being off the hypergrid. While copybotters can steal most content just as easily from closed grids as from hypergrid-enabled grids, they can’t steal items with proprietary scripts or animations.

Some closed commercial grids have capitalized on the fact that their residents couldn’t go anywhere by charging high rates for their regions.

InWorldz, for example, used to charge $40 for a region, Virtual Highway — $40, and UFSGrid — $50. Following in that tradition, AviWorlds, which just announced that it will become a closed grid next month, charges $40 per region.

Its regions start at just $15 a month. That’s for a 15,000-prim region that can be configured in different land sizes — as a standard-sized region, or as a two-by-two or four-by-four varregion. 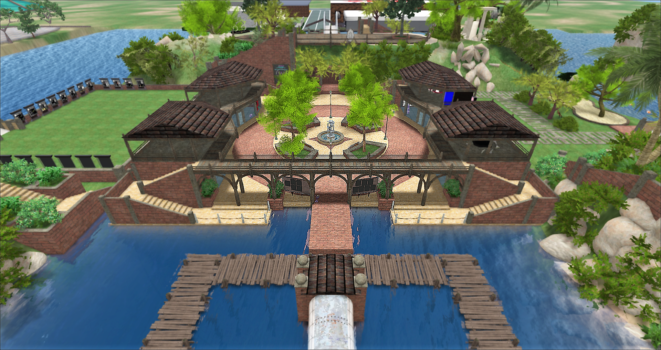 There are also larger capacity regions for people who want more prims. A 50,000-prim region, for example, is $50 a month, and can also be configured in different land sizes.

That puts Tag Grid in a competitive position when compared to all the other grids in OpenSim. The list of all the grids that offer land is here, and $15 is a popular price point — DigiWorldz and Kitely, two of Tag’s top hypergrid-enabled commercial competitors, both start at $15 for standard regions.

Gun Club VR Is Coming To The Oculus Quest ‘Soon’