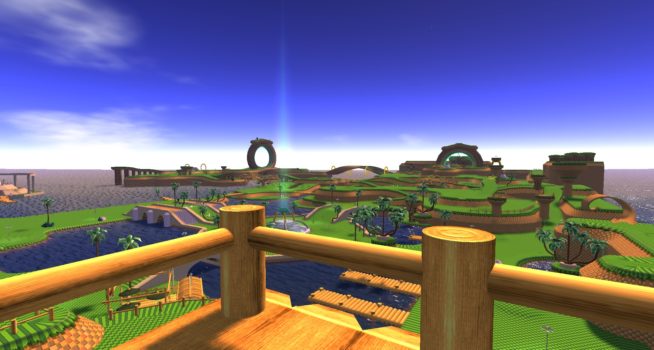 The gaming-themed Mobius Grid has introduced display names for its residents and is working to make the technology wider used within OpenSim, grid owner Roy Corr told Hypergrid Business.

The grid rolled out display names last year and was testing them on the hypergrid this spring.

“We have been collaborating with a few other grids to make it work properly across the hypergrid,” Corr said. “Hypergrid travelers might have noticed it working on OpenSimFest to whom we contributed the code for hypergrid testing, as well as some Mobius residents attending the event with display names.”

“We have had it running there since March,” said grid resident Luna Lunaria. “I love the display names. Bill Blight the grid owner set it up and it didn’t seem to be a difficult process.”

According to Mobius Grid’s Corr, all modern viewers should support the new functionality without any problems.

“Names are just text, this feature just helps people not have to have multiple accounts to accomplish the same thing,” said former Firestorm developer LordGregGreg Back.

When Mobius Grid residents travel to other grids, their display names are shown to other users. (Image courtesy Mobius Grid.)

Grid owners will soon be able to install the code themselves.

“This will certainly be made public once it is complete,” Corr said. “Right now we are working to make it easily configurable and optional, as well as cleaning up the code for a release state.”

Display names might even become part of standard OpenSim, he said.

“Hopefully, they adopt it when we publicly release it,” he said.

Changing the display names lets users keep their same avatar name, while changing the name that shows above their head to other users.

Second Life, for example, already offers this functionality. To change their names, users open the Profile settings in their viewer, click on “Edit Profile,” click “Display Name,” then type in a new name in the “New Display Name” field. Users can also choose whether or not to see others’ display names, in the “General” tab of the “Preferences” settings, under “View Display Names.” In Second Life, users can change their display names once every seven days but can reset it back to their avatar name at any time.

“One of my earliest feature requests for OpenSimulator was to add display name support,” said OpenSim developer Timothy Rogers. “The addition of this feature should and always with most OpenSimulator features should be optional. However, it provides users an ability to set names based on a multitude of things while keeping the same account. This has become a large thing these days with online platforms where users change their display names but keep their same username.”

However, not all developers are eager to see display names implemented. 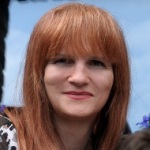 “All active developers despise the feature,” said OpenSimulator core developer Melanie Thielker. “In Second Life, it pretty much makes names untypeable and that impacts abuse reports because if you can’t type someone’s name, you can’t search for them.”

There are currently no plans for the core developers to work on this, she told Hypergrid Business.

“None of us would do the work — we just don’t like the feature,” she said. “But being open source, we are willing to accept patches for the feature
from the community.”

Even if the new code is submitted, however, and approved for inclusion in mainline OpenSim, it may take a while for it go get into the official distribution because nothing is scheduled right not.

“I’m not really aware of any imminent releases,” she said. “Also, it seems the initially enthusiastic work on the viewer has stalled.”

According to Mobius Grid’s Corr, however, display names won’t affect abuse reports at all.

“You can search for users either by user name or display names,” he said.

Many residents of the Mobius grid are happy with the new feature, however.

“There’s no reason not to include display names, plain and simple” said Mobius Grid resident Ikey Ilex. “Whether it’s for role-play purposes or just cosmetic, the ability to change your name without losing your entire inventory is a big deal. You can even change your name in real life, so why not the second?”

“I personally feel that as a whole for OpenSim it should be an adopted aspect, seeing how it’s a widely used thing on Second Life itself,” said Mobius Grid resident Dominic Alastar. “Many people find it useful for many things. As someone who has been around for almost 11 years on Second Life, I find myself changing names every so often for either business purposes, role-playing or just for silly fun with friends. Being restricted to one basic name has hardly ever been a favoured thing by users and the fact that in real life we can go about changing our names or look, it’s only logical that it’s something that OpenSim itself adapts as well for its user base. I am proud to be part of a community that has made it possible to have display names just like Second Life itself and feel that others should consider doing the same.”

“Display names are integral to the core philosophy of the original idea of Second Life, which is the concept of self-expression,” said Mobius Grid resident Syrinx Karu. “Providing the functionality serves as a further conduit to that ideology, which allows users to further customize their virtual reflection of identity in the game. It’s a step further towards the future, rather than genuflection to the past. It should be a base feature of OpenSim, and why it isn’t frankly baffles me.”

“It will be a wonderful addition to OpenSim,” Forgotten Realities resident Andrea Oreo. “I think OpenSim should adopt the Mobius Grid display name code.” Realities

Some other grid owners are also in favor of having display names in OpenSim.

“I think adding display names is a great idea,” said MisFitz Grid owner Korgi Silvercloud. “It is easier on grid owners and administrators, because they will no longer need to change a residents actual user name, and it is good for residents because it adds in a feature that many people coming over from Second Life sorely miss. The ability for users to be able to change there display name on the fly is a win-win situation or everyone.”

Display names will also let users have the name of their choice as their display names, even if that name has already been taken by another user on that grid.

“Just because most grids are small enough to not have any name collisions now doesn’t mean the possibility isn’t there,” said Raz Welles, former owner of the Raz Cafe grid. “Your login ID is one thing, your visible name doesn’t necessarily need to also be your login ID. It also saves people the trouble of making a new account just because they want to use a different name.”

Catch The Budget Cuts 2 Trailer & A Surprise At The...

Jamie Feltham - November 18, 2019
0
Calling all stealth fans! A last look at Budget Cuts 2: Mission Insolvency is coming your way next week as part of our...

5 Ways To Play Pistol Whip Using Modifiers Like Deadeye And...