Home Technology Fish replacement may be the next big wave in alternative protein development... 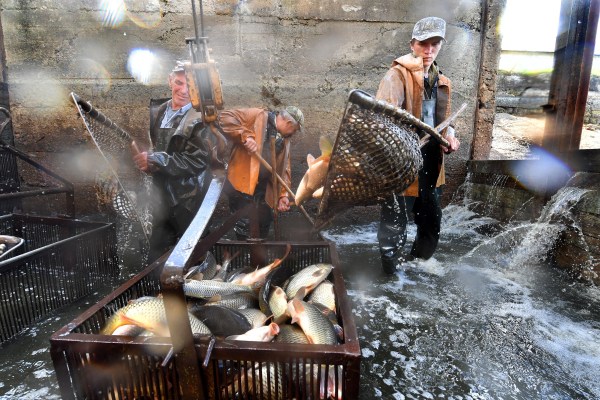 Fish make up 16% of animal protein consumed globally, and demand is set to rise, according to the United Nations’ Food and Agriculture Organization, largely thanks to rising disposable incomes.

But overfishing is hugely problematic – and it’s not sustainable to continue with the way things are. Fish populations are being decimated – including the Pacific bluefin tuna, which is now at four percent of its original size. Industrial fisheries are using large machinery to trawl oceans, which traps and kills many other animals, including whales and dolphins.

In China alone, where demand for seafood dwarfs any other country, demand is rapidly growing. This is partly due to the African Swine Fever outbreak hitting pig farms affecting pork, and causing people to turn to other sources of protein. In addition, the country’s huge long-distance fishing industry continues to expand, depleting fisheries and causing conflicts.

But most of the fish we eat will be farm-raised by 2030. Poorly managed fish farms can cause chemical contamination of water and promote bacteria and diseases that end up in wild ecosystems. Farmed salmon poses a huge risk to the environment when it mixes with wild populations, as this can disturb important ecosystems.

Fish is a hugely important source of protein as we face a growing population and the challenges of food insecurity. But supplying fish sustainably, without depleting natural resources and harming the aquatic environment, is a continuous challenge. Fish is contaminated with plastics, mercury and antibiotics. And fish farming isn’t doing much to tackle food insecurity, as it isn’t reaching the places where it’s most needed.

There is also a long and ongoing debate about fish welfare, and whether fish species are sentient and can feel pain when they’re fished and killed. But research is putting this debate to rest and showing that a number of species demonstrate having long-term memory, social bonding and parenting skills, use tools, learn traditions and cooperate with other species. Most experts agree that fish also have the ability to experience emotions, including pain and fear. 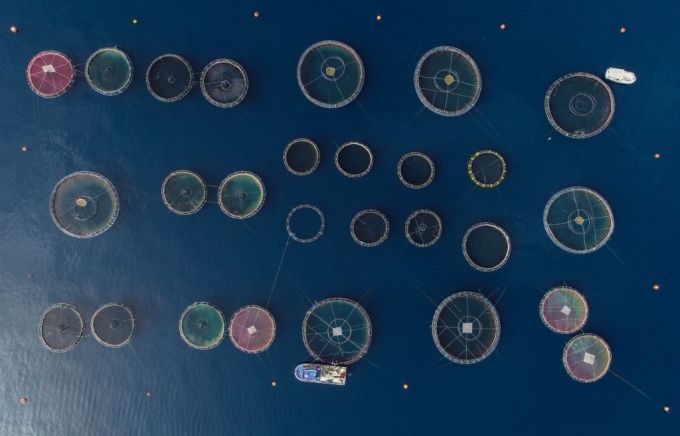 But while fish farms in some countries must follow humane slaughter guidelines, there are no standards for wild fishing. And these guidelines are a far cry from their name. The traditional method for killing farmed fish is letting them asphyxiate in air or on ice, which is a prolonged and distressing processes, and is sometimes followed by a stun. The fish are often crowded into one small space, living in poor conditions and often starving. Overcrowded fish are more prone to disease, stress and aggression, which can cause them to lash out at each other and cause injuries. The pens can be a breeding ground for sea lice and disease, and parasites. And there are so man fish subject to this that we’ve lost count. Estimates suggest up to 120 billion farmed fish are slaughtered for food every year.

Although plant-based alternatives for red meat – like the Impossible Burger and Beyond Burger – and poultry – like The Imposter Burger – have been on the rise, when it comes to fish – we’ve fallen behind. Fish is as much a part of our diets as meat from land animals, so it only makes sense for there to be plant-based seafood options available for those who want to cut back on conventional products.

There are also innovations with cell-based meat. Start-up Wild Type has developed lab-grown salmon by taking stem cells from salmon and grown them in lab conditions. The company is hoping to get its price down and start selling to consumers. Singapore-based Shiok Meats is developing cell-based crustaceans, including shrimp, crab and lobster, Blue Nalu is growing cell-based seafood and Finless Foods is focusing on growing bluefin tuna in the lab. The start-up says it was the first to produce a cell-based fish in 2017, and hopes to bring its fish to high-end restaurants this year. It also has the added benefit of being mercury-free.

There’s much work to be done around making fishing more humane and sustainable, but this must go alongside efforts to dampen demand. Plant- and cell-based meat companies continue to encourage and support those looking to reduce their red meat and poultry intake – and now there’s growing attention on doing the same for fish. We must make sure there are alternatives available to catch people who have woken up to the damage caused by our growing demand for fish.

Harry Baker - November 19, 2019
0
This Black Friday Oculus Go is getting some discounts on both the 32GB and 64GB model.The Oculus Go discounts are just one of...