Home Technology Space moss, stem cells and more are on their way to the...

The International Space Station is such a unique and important test bed that practically every spacecraft that docks with it carries new experiments for the crew to run. This month’s mission is no different, bringing biological tests that could be important for long-distance space travel — as well as some new docking hardware for the station.

A commercial resupply mission (CRS-18) is planned at present for July 21, bringing the usual fresh food, spare parts and science. Several experiments are going up that in one way or another test how life adapts to microgravity — as the recently completed landmark test of human physiology showed, large-scale changes don’t seem harmful, but it can be hard to quantify things at a smaller scale.

Three of the experiments are focused on just that: small-scale human physiology. The first focuses on stem cells and how they grow and arrange themselves into nerve tissue under the effects of microgravity. Of course, the astronauts we’d be sending on long trips through space will have pretty complete nervous systems, but the results could indicate how treatment could need to be changed on those missions.

Perhaps more importantly, the experiment may provide new insights into the progression of Parkinson’s and multiple sclerosis. The researchers are hopeful that the microgravity environment will, as it has in other experiments, provide an interesting new venue for observing changes and therapies that are difficult to create conditions for on Earth.

The second human-focused experiment looks at how microgravity affects the healing and regeneration of bone cells, and tests two therapies intended to boost those processes. Astronauts don’t break a lot of bones while in space, but it’s crucial that we understand how the healing process may be affected (or improved) when it inevitably happens. It’s using the sophisticated incubator system you see up top.

The third one is an attempt to 3D print biological structures in microgravity. We’re doing this already on the surface — printing organ replacements and the like — but it’s very difficult because the biological material must be attached to a scaffold in order to take the right shape and have the right spacing. It’s thought that 3D printing organs may actually be easier in space, as there’s no need to worry about gravity pulling the cells out of their carefully engineered structure.

Space Moss is an experiment that pretty much explains itself right there in the name. But if you think astronauts may be noshing on moss during the long trip to Mars, think again — it’s actually an experiment to verify that we shouldn’t do that.

It turns out that this moss being studied thrives under conditions of hypergravity — increased gravity conditions artificially created within a centrifuge. At 10 Gs the moss spread faster and photosynthesized harder than control plants. So the question is, does it spread slower and process light less effectively in microgravity?

Ultimately this line of research could lead to biologically engineered plants that have the opposite tendencies, but for now Space Moss is not a promising source of food. Of course, they have to test it to make sure, which is why the experiment is heading up there. 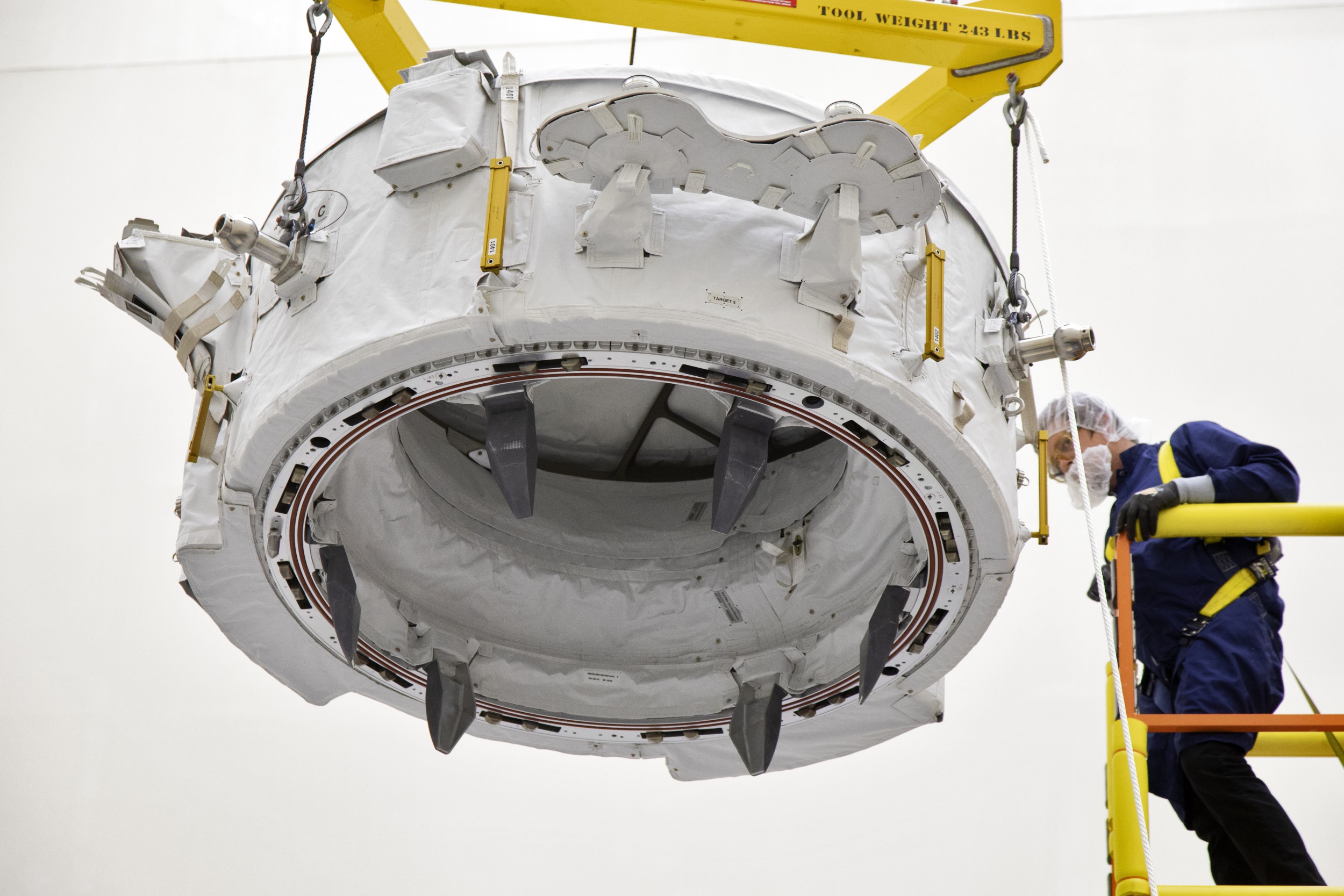 In addition to these experiments, the Dragon capsule (launched on a Falcon 9 rocket, naturally) will carry IDA-3, an important new component for the space station.

IDA stands for international docking adapter; it attaches to the existing, older docking mechanism to provide improved capabilities for spacecraft arriving and departing from the station. IDAs were intended to be sent up to the ISS in 2015 and 2016, but one was aboard CRS-7, which exploded, destroying all its cargo.

The second IDA, however, made it up in 2016 and was attached to the Harmony module. IDA-3, the replacement for the lost adapter, had to be built and manifested after the disaster, and is just this month making it up there. IDA-3 will join its predecessor on Harmony and provide upcoming missions with improved safety and other benefits.

The new docking interfaces will make it easier to schedule commercial missions, since both commercial crew and cargo will be able to dock with Harmony at the same time, with the same system.

The launch of CRS-18 is tentatively scheduled for July 21, but the date may slip due to weather or ground delays. Like other SpaceX launches, it will be streamed live (and covered here).

Facebook is Building an AR Headset, Starting By Making a Digital...