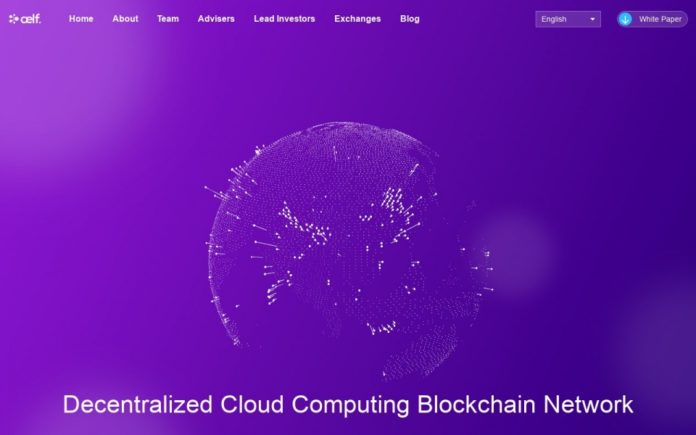 While most governments around the world are guarded against the challenge of cryptocurrencies and blockchain technology, surprisingly, the Chinese Government, though vehemently against cryptocurrencies, regards Blockchain technology with a positive view. Since 2017, the China Electronics Technology Standardization Institute (CESI) has been conducting Standard Blockchain System Function Test in order to pressure test and certify the top blockchain projects operating in China.

Since inception, the organization has certified only 30 projects globally, including Lenovo, Alipay, and most recently, Aelf.

At the launching ceremony and the first academic seminar of the Digital Finance Open Research Program held on July 8, 2019, Xin Wang, director of People’s Bank of China Research Bureau and head of the Monetary and Financial Bureau, remarked on the potential of blockchain-based financial solutions.

“We need to strengthen the construction of digital financial solutions (based on blockchain). There are various technical shortcomings involving the current financial infrastructure in areas of privacy protection and system security against malicious attacks.”

The creation of the Standard Blockchain System Function Test indicates that, despite its reputation as a hard-line regulator, China is on the forefront when compared with governments around the world, when it comes to regulating Blockchain regulatory and development solutions.

The certification provides a standard that can be used by the general public and other enterprises to judge the foundation of the projects that otherwise would be difficult without the knowledge and manpower to independently conduct the validation.

Currently, there is no obligation for any project to apply for certification, but those that do apply, undergo rigorous testing and scrutiny to verify the quality of all aspects of the technology. Upon having an application approved, the project will then receive a visit from specialized government agents who complete a comprehensive process consisting of over 40 pages of tests and analysis. The test is so complex and difficult that a pass constitutes a score above 60%. From application to certification, the process takes almost 4 months. Out of an unverified number of applicants, only 30 projects have received certification over the course of the past 2 years.

Aelf is the latest company to receive certification and is the first international blockchain-focused company to receive the globally recognized status with a score of over 90%. They have now joined the ranks with Lenovo and Alipay.

“This certification shows the quality and core ability of not only our developers but our blockchain platform. It is designed to meet the strict quality large enterprises are given to expect, and indeed require, to ensure they can function at the performance their clients expect.”

He went on to explain that this certification is something other governments should take notice of and employ to aid in their ever-evolving regulatory solutions.

Aelf is a multi-chain network and smart contract platform pioneering blockchain in business. aelf’s blockchain will enable businesses to operate their applications on the public chain domain, or their own private chains, without the hassle of building their own. Within the aelf ecosystem, each application will have its own resources to secure high performance. aelf’s token (ELF) was recently selected by Huobi’s HB10 fund as one of the top 10 most reliable investments based on its well-founded platform. aelf recently announced the results of its initial testnet, which achieved 15,000 transactions per second (TPS). For more information, visit aelf.io

Win A Free Steam Code For No Man’s Sky With Free...

Uma Jolie Strikes Back in WankzVR’s ‘Return of the Jolie’ VR...