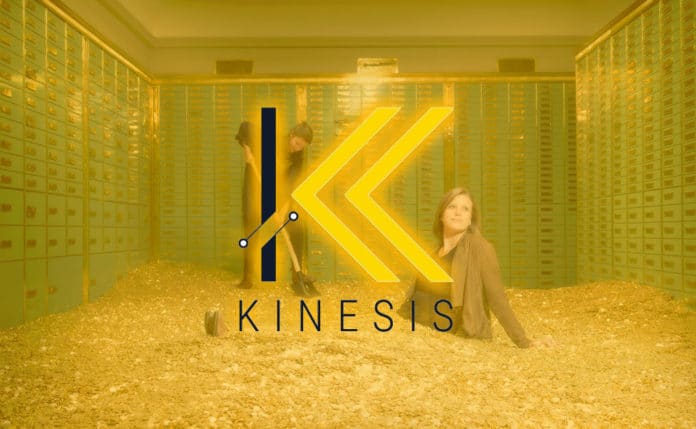 Creators of a robust blockchain-based currency the value of which is tied 1:1 to underlying physical gold and silver holdings – Kinesis Money – has collaborated with a number of major Indonesian players including the Indonesian government, regulator, the state-owned post office and the Jakarta Futures Exchange and is now about to launch its offering into the under-banked Indonesian market on a large scale.

“Blockchain-based currency is a fantastic idea with many potential applications, but so far this potential has been squandered, generating more heat than light. The panoply of so-called cryptocurrencies that have come to market in recent years are extremely volatile, rarely based on any underlying assets, and very difficult to use for ordinary transactions, and hence have become objects of frenzied speculation rather than anything lasting and useful.”

“By contrast, Kinesis’ system, in tying its value directly to physically-held quantities of gold and silver, and thus in a sense resurrecting the gold standard, can provide a more stable and reliable source of value than even many mainstream central bank-backed currencies, while retaining all the convenience of use. Our expansion into the Indonesian market shows how far this is from a pipe dream or blue-sky concept – major, prestigious institutions across Indonesia have bought into the vision, and use of the new monetary system will soon be a fact of everyday life for millions of ordinary Indonesian citizens.”

“The application in Indonesia is a perfect example of how the system can be used to drive financial inclusion within historically under-banked regions and countries that nonetheless have a high level of mobile technology adoption. However, the advantages are global. In an increasingly volatile global economic environment, we believe the prospect of a convenient gold-and-silver-backed-currency that simultaneously provides a way to invest in these precious metals for a return will look increasingly attractive. We look forward to further expansion in the future.”

“Gold is a very important investment and savings asset class in Indonesia across all segments of society and the first and only purpose-built vault facility will give significant access and confidence to the market. This vault project together with Kinesis and OZL, as well as other government-related gold savings initiatives, will be of long-term benefit to Indonesia and Indonesian citizens.”

“JFX is committed to providing the best solutions and services in the futures and derivatives industry.

“It’s increasingly become clear to us that the benefits of distributed ledger technology or ‘blockchain’ will unlock tremendous amounts of value for Indonesia and Indonesian people.

“Blockchain regulation in Indonesia is currently in progress, and it is quite an important, yet difficult task. However, JFX is ready to be a blockchain exchange company in Indonesia, in compliance with any legal and regulatory requirements.

“Our future partnership with Kinesis and ABX will enable us to not only tap into these advantages but to create a secure and transparent blockchain network that provides a credible alternative to existing systems of exchange.”

What is Kinesis’ monetary system?

The currency is designed to combine the flexibility and convenience of modern digital systems with the older ‘gold standard’ principle. Each unit of the currency corresponds 1:1 with real gold and silver assets and users are able to physically redeem their holdings whenever they so wish. At the same time, it is designed to be as easy to spend and use as any debit card tied to a traditional modern bank deposit account, including for smaller transactions and micropayments.

The direct connection to two of the most stable and reliable stores of value in the world – gold and silver – gives the currency a major advantage over similarly blockchain-based ‘crypto-currencies’, which are notoriously volatile. High processing speeds and percentage-based transaction fees, connected to real-world payment infrastructure, ensure its suitability for everyday real-world use as a currency, as opposed to a vehicle for financial speculation. Separately, the currency provides a means for investors to directly invest in precious metals in a way that generates a return, as opposed to merely incurring a storage cost.

The need for such a currency is particularly acute in a country such as Indonesia. Although the country holds tremendous economic potential, particularly in relation to its young and burgeoning middle-class, two-thirds of its 260 million citizens don’t have a bank account. On the other hand, gold is a major part of the nation’s savings culture and is regarded as a legal investment under Sharia law (Indonesia has the largest Muslim population in the world). Kinesis’ monetary solution is well-tailored to these circumstances.

What does the Indonesian launch entail?

In order to create the right conditions for the launch and develop the necessary infrastructure to make the digital gold currency a success, Kinesis has worked in close collaboration with key stakeholders including the Indonesian government, and has partnered with a number of major national organisations for delivery:

Kinesis is a monetary system based on the traditionally stable commodities, gold and silver. Kinesis users can instantly spend their precious metals holdings at point of sale anywhere in the world with the Kinesis debit card or transfer directly over the blockchain in seconds, opening up fast cross-border payments with low transaction fees.

Unlike other gold and silver backed cryptocurrencies, Kinesis currencies are divisible digital units of physical gold and silver, using the blockchain as a medium of exchange and a registry of ownership.

Holders of the Kinesis currencies have allocated legal title to the underlying physical bullion holdings, eliminating counterparty risk and allowing for physical redemption directly from one of seven Kinesis vaulting providers.

This system is made safe and reliable through a plethora of strategic and technical partnerships with deep roots in the precious metals and exchange industries.

The Kinesis Velocity Token is a utility token attached to the success of the Kinesis system, providing participants with a 20% share of all the transaction fees generated proportionate to their holdings of the limited 300k supply.

KVTs are now in the public sale period, ending on 29th August 2019.

VR Reporter - July 18, 2019
0
Cali Lee Will Get the Payback on Her Cheating Ex-boyfriend With You in Virtual Reality! If you have ever been cheated on, you certainly know...