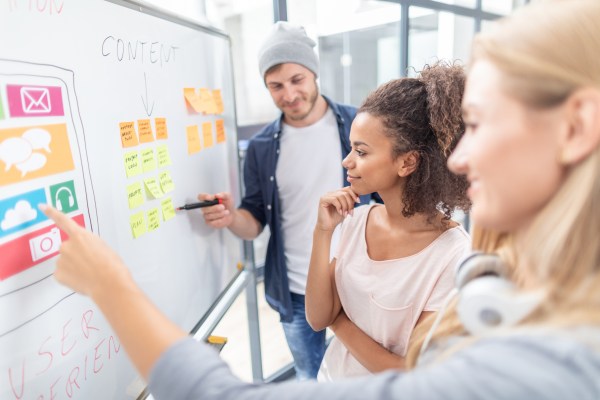 FeaturePeek, a member of the Y Combinator Summer 2019 cohort, wants to change the way companies review front-end interfaces. Instead of kludging together reviews with screenshots or involving product managers and marketing people at the last minute, they want to make it easy to carry out reviews throughout the development cycle.

“FeaturePeek allows product teams and designers to give feedback on new front-end work as the developers are working on it, and as a pull request is open. So that while it is still top of mind for the engineer, you can make critical changes, and then really focus on actual QA during your QA cycle,” co-founder Eric Silverman told TechCrunch

Like so many startups, the two co-founders, Silverman and long-time friend and former college roommate Jason Barry, started the company after experiencing first-hand the pain of last-minute reviews.

“We both started our careers at Apple, and then we were both at a SaaS startup a few years ago, and noticed that every night or two before the release, the product team and designers start chiming in on our staging environments, saying, ‘Oh, this isn’t really what I meant,’ ” Silverman explained. This created frustration and a lot of last-minute changes just as the site was supposed to go live.

They understood that this system was fundamentally flawed through nobody’s fault. It’s just the way the process had developed over time, but they also knew everyone would benefit if they could get the product and marketing teams involved much sooner in the design cycle. “There wasn’t really good tooling to do these kind of reviews earlier in the cycle. Engineers have code review tools. [Others] have their own QA and staging environment, but those don’t really solve the right time to review new front-end implementations,” he said.

Being engineers, the founders built the tool right into GitHub. Once installed, after engineers commit their front-end code to GitHub, FeaturePeek automatically spins up a review environment in the background. Once complete, any stakeholders can go in and comment on the design as the design is happening, and is still front of mind for the engineers, instead of at the last minute.

Silverman and Barry began developing the product in January after the company they had been working at shut down. They were encouraged by some Y Combinator alum to apply to YC and were pleasantly surprised to get an interview. They were even happier to be invited to join the Summer 2019 class.

As engineers, they are used to spending their days coding, but that’s not always the case anymore. As startup founders, they have to worry about sales, marketing and networking, and so many more responsibilities beyond the coding side of things. They say YC has really helped them understand those new roles.

They have been thinking about this project for over a year, and they say being in Y Combinator has helped them move beyond their own ideas and start to put together a viable business.

NBA to Broadcast 26 Games Live in VR This Season via...

Oculus Are Bringing 50+ Popular Go Apps To The Quest