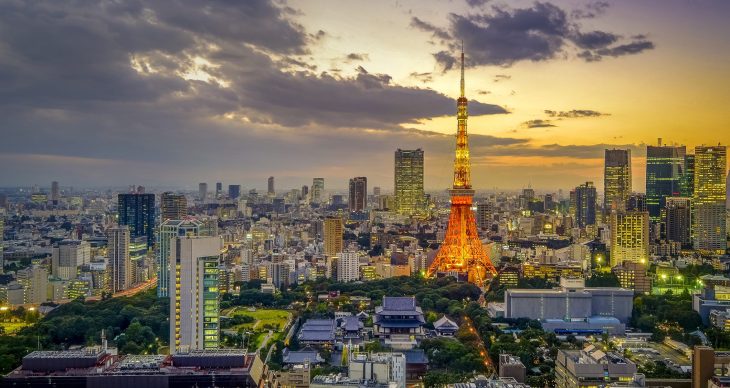 The world’s largest video game publisher is looking outside its home country for growth. Tencent, the Chinese internet behemoth that operates WeChat and a few blockbuster games, announced on Friday that its cloud service has entered Japan as part of the firm’s international push in 2019.

Tencent Cloud was already serving clients in Japan prior to the announcement, TechCrunch has learned, but this is the first time it has officialized the entry, which might be a sign of Tencent’s ambition to speed up global expansion. The international push comes at a time when Tencent’s domestic business is under pressure following China’s new gaming regulation.

Indeed, Tencent’s cloud computing division is targeting up to five-fold growth in revenue this year and Japan will be a key market, said Da Zhiqian, vice president of Tencent Cloud.

Tencent’s cloud business is the second largest in China with an 11% market share, according to industry researcher IDC. That puts the Shenzhen-based company behind its arch-rival Alibaba, which accounts for 43% of the local cloud market. The cloud computing battle outside China is only more competitive with the presence of giants AWS, Microsoft Azure and Google Cloud, which lead with a respective share of 31.7%, 16.8% and 8.5% in 2018, according to research firm Canalys.

But Tencent could be an appealing hosting solution for smaller gaming companies who look to the giant for lessons. The company’s attempt to replicate the success of Honor of Kings outside China fell apart, but it quickly shifted gears by launching a Steam-like gaming platform WeGame X focusing on Chinese games developed for overseas markets. Meanwhile, its mobile version of PlayersUnknown Battleground is making headway globally as revenue surges.

Tencent can also tap into its vast portfolio network around the world. Huya and Douyu, two top game live streaming companies in China that are both backed by Tencent, have ramped up international expansion in recent times and they surely need some cloud computing help to ensure low video latency. It goes the same way with Tencent-backed short-video app Kuaishou, which is fighting TikTok inside and outside China.

Tencent’s cloud engine for games supports features that can smoothen communication between teammates, including the likes of multi-player voice chat, 3D voice positioning, voice messaging and speech to text recognition. The company is providing cloud infrastructure service in 25 countries and regions and has deployed over one million servers worldwide as of May. Besides games, Tencent said it will also roll out cloud solutions tailored to e-commerce, video streaming and mobile mobility clients in Japan. Its local partners include gaming company Pitaya and IT firm E-business.