After a hearing this week, members of the U.S. House Committee on Oversight and Reform said that Juul, the ultra-popular e-cigarette brand, may have intentionally targeted teens in schools and online.

Based on 55,000 non-public documents out of Juul Labs, the subcommittee said that Juul’s Youth Prevention Plan recruited schools into a program that put Juul representatives and students in the same room. Schools received payment for participating in the program.

According to the release, one testimony put before the Subcommittee on Economic and Consumer Policy described a Juul representative telling students that vaping was “totally safe,” and recommended that one already nicotine-addicted student use Juul.

The subcommittee also reported that Juul spent $134,000 to set up a five-week summer camp for 80 children through a charter school, according to documents obtained for the hearing. The camp was meant to be a “holistic health education program.”

Dr. Robert Jackler, Stanford University School of Medicine, testified about his conversations with Juul co-founder James Monsees, who said the use of Stanford’s tobacco advertising database was “very helpful as they designed JUUL’s advertising,” according to information provided by the subcommittee. 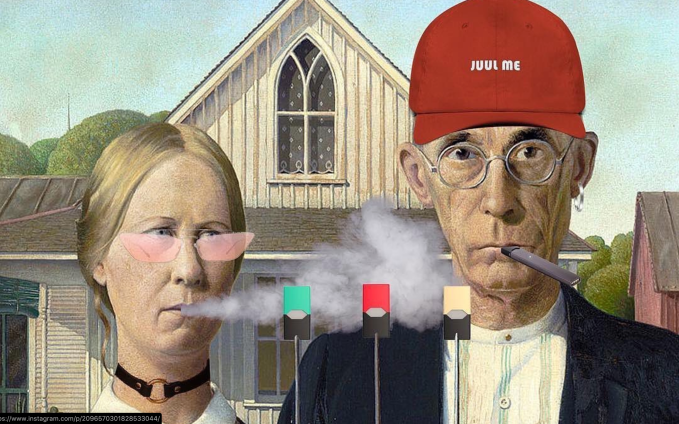 “The Subcommittee found that: JUUL deployed a sophisticated program to enter schools and convey its messaging directly to teenage children; JUUL also targeted teenagers and children, as young as eight years old, in summer camps and public out-of-school programs; and JUUL recruited thousands of online ‘influencers’ to market to teens,” the memo states.

The company also turned to more modern methods. Using an influencer marketing program to “curate and identify 280 influencers in LA/NY to seed JUUL product” and find social media “buzzmakers” with “a minimum of 30,000 followers” to attend launch events for the company’s products.

Juul shut down its social media marketing program in November of last year. While it closed its Facebook and Instagram accounts, the company’s products still circulate on social media through hashtags from users themselves.

Documents delivered to the subcommittee show that Juul was aware that its prevention programs were “eerily similar” to those used by the big tobacco companies (which were ultimately forced to pay states and the U.S. government  $27.5 billion in a master settlement agreement over their marketing and sales practices).

Juul currently sells eight different flavors of pods. Pods that don’t come in existing tobacco flavors — Virginia Tobacco, Classic Tobacco, Mint and Menthol — will only be available online effective immediately. In other words, the only place to buy Creme, Fruit, Cucumber and Mango (Juul’s most popular flavor) is on the Juul website.

There, the company verifies that customers are 21+ by either cross-referencing information, such as DOB and the last four digits of a Social Security number, with publicly available data, or asking users to upload a scan of their driver’s license.

Responding to pressure from the Food and Drug Administration, JUUL has taken other steps to limit access and curb underage use of its products.

Juul also targeted Native American populations, where smoking rates are higher than the general population. Rae O’Leary, of the Cheyenne River Sioux Tribe, testified that Juul targeted Native American tribes to use as “guinea pigs.” According to O’Leary’s testimony, in exchange for a $600,000 investment, Juul solicited tribal medical professionals to provide their devices to tribal members for free and collect information on the tribal members.

Juul declined to comment at the time of publication.

Vertigo’s After The Fall Confirmed For PSVR In 2020

Jamie Feltham - September 24, 2019
0
Polished new VR shooter, After The Fall, is coming to PSVR. The news was confirmed during Sony’s State of Play livestream today. The game...

Harmonix’s Audica Is Coming To PSVR Later This Year