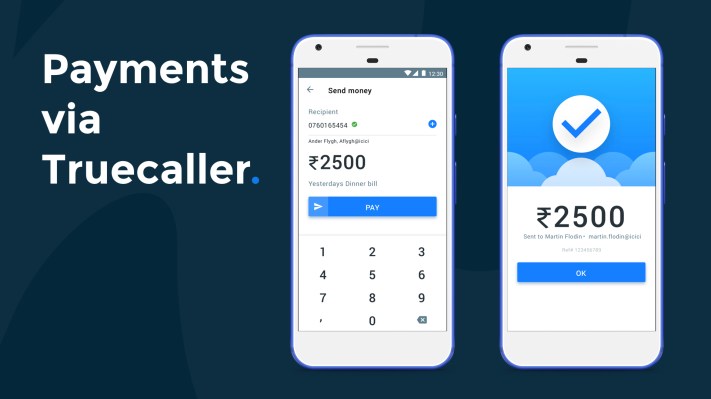 Truecaller, a service that helps users screen robocalls, has rolled out an update to its app in India, its largest market, after a previous software release covertly signed up an unspecified number of users to its payments service.

A number of users in India began to complain late Monday that Truecaller, which has amassed over 100 million daily users in the country, had registered them to its payments service without their consent. In a statement to TechCrunch, Truecaller acknowledged the error and said a bug in the previous software update caused the issue.

(The bug led the app to quietly send a text message to a bank to verify their account — which is part of the procedure to sign up to the payments service.)

“We have discovered a bug in the latest update of Truecaller that affected the payments feature, which automatically triggered a registration post updating to the version. This was a bug and we have discontinued this version of the app so no other users will be affected,” a Truecaller spokesperson said in a statement.

“We’re sorry about this version not passing our quality standards. We’ve taken quick steps to fix the issue, and already rolled out a fix in a new version. For the users already affected, the new version with the fix will be available shortly, however, in the meanwhile they can choose to manually deregister through the overflow menu in the app.”

Truecaller added payments service to its app in India two years ago. The company, like several others such as Google and Samsung, relies on Indian government-backed UPI payments infrastructure for this feature. Under the current law, signing up a user to a payments service without their consent is frowned upon.

As of February this year, every tenth Truecaller user in India had signed up to Truecaller Pay.

Our Vive Cosmos Review is Postponed Until HTC Shines Light on...