Home Technology India has labeled hyperloop a public infrastructure project — here’s why that... 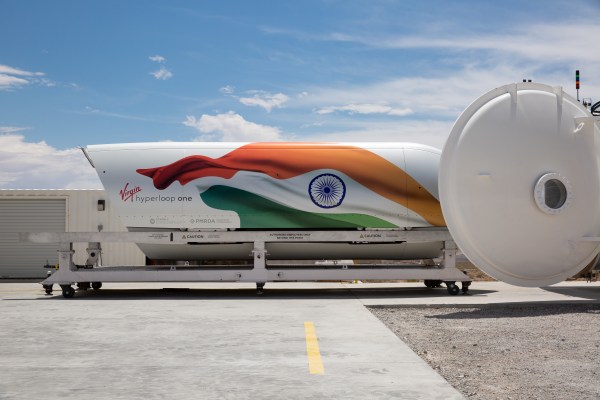 Hyperloop, the futuristic and still theoretical transportation system that could someday propel people and packages at speeds of more than 600 miles per hour, has been designated a “public infrastructure project” by India lawmakers in the state of Maharashtra.

Wrapped in that government jargon is a valuable and notable outcome. The upshot: hyperloop is being treated like any other public infrastructure project such as bridges, roads and railways. In other words, hyperloop has been plucked out of niche, futuristic obscurity and given a government stamp of approval.

That’s remarkable, considering that the idea for hyperloop was first proposed by Tesla and SpaceX CEO Elon Musk in a nearly 60-page public white paper just five years ago.

It also kicks off a process that could bring hyperloop to a 93-mile stretch of India between the cities of Mumbai and Pune. The Pune Metropolitan Regional Development Authority will begin the procurement process in mid-August when it starts accepting proposals from companies hoping to land the hyperloop contract.

The frontrunner is likely Virgin Hyperloop One -DP World, a consortium between the hyperloop company and its biggest backer that pitched the original project to India. The MahaIDEA Committee earlier approved Virgin Hyperloop One-DP World Consortium as the Original Project Proponent.

Under the VHO-DPW proposal, a hyperloop capable of transporting 200 million people every year would be built between Pune and Mumbai. That stretch of road now takes more than three hours by car; VHO says its hyperloop would reduce it to a 35-minute trip.

“This is history in the making. The race is on to host the first hyperloop transportation system in the world, and today’s announcement puts India firmly in the lead. This is a significant milestone and the first of many important steps toward bringing hyperloop to the masses,” Virgin Hyperloop One CEO Jay Walder said in a statement Wednesday.

The cost of building Phase 1 will be covered by DP World, which has committed $500 million to this section. The government is covering the cost and logistics of acquiring the land for the hyperloop.

Phase 1 will initially act as a certification track, which will be used to certify the hyperloop technology for passenger operations. VHO wants this certification track built and operating by 2024. If this section meets safety standards it will become part of the larger hyperloop line between Pune and Mumbai.

There is a lot of work to do, and technical milestones to meet, before hyperloop is whisking people in pods through a tunnel. But if it works and is built, the region’s economy could be transformed, supporters insist.

Once commercialized, the hyperloop will transform the Pune-Mumbai corridor into a mega-economic region, according to Harj Dhaliwal, managing director of India and Middle East at Virgin Hyperloop One.

Today, some 75 million people travel between Pune and Mumbai each year, and forecasts suggest that number could rise to 130 million annually by 2026. The VHO-DPW consortium says its hyperloop will have the capacity to handle 16,000 passengers day, or about 200 million people annually.

Oculus Connect 6 Predictions: Our Best Guesses At What To Expect