Home Technology The galaxy is not flat, researchers show in new 3D model of...

Six years of tracking a special class of star have yielded a new and improved 3D model of our galaxy, based on direct observation rather than theoretical frameworks. And although no one ever really though the Milky Way was flat flat, the curves at its edges have now been characterized in better detail than ever before.

Researchers at the University of Warsaw in Poland took on this challenge some time ago with the desire to observe the shape of the galaxy directly rather than indirectly; although we have a good idea of the shape, that idea is based on models that involve assumptions or observations of other galaxies.

Imagine if you wanted to know the distance to the store, but the only way you could tell was by looking out the window and observing how long it took for someone to get there and back; by calculating their average walking speed you can get a general idea. Sure, it works to a point — but wouldn’t it be nice to just lean out the window and see exactly how far it is?

The trouble in astronomy is it can be incredibly difficult to make such direct observations with our present tools, so we rely on indirect ones like timing people above, something that can be helpful and even accurate but is no substitute for the real thing. Fortunately, the researchers found that a certain type of star has special qualities that allow us to tell exactly how far away it is.

“Cepheid variable stars” are young stellar bodies that burn far brighter than our own sun, but also pulse in a very stable pattern. Not only that, but the frequency of that pulsing corresponds directly to how bright it gets — sort of like a strobe that, as you turn the speed up or down, also makes it dimmer or brighter.

What this means is that if you know the frequency of the pulses, you know objectively how much light the star puts out. And by comparing that absolute amount to the amount that reaches us, you can tell how far that light has had to travel with remarkable precision.

“Distances to Cepheids can be measured with an accuracy better than 5 percent,” said lead author Dorota Skowron in a video explaining the findings. In comments to Space.com, she added: “It is not some statistical fact available only to a scientist’s understanding. It is apparent by eye.”

Not only are these beacons reliable, they’re everywhere — the team located thousands of Cepheid variable stars in the sky via the Optical Gravitational Lensing Experiment, a project that tracks the brightness of billions of stellar objects.

They carefully catalogued and observed these Cepheids (highlighted in the top image) for years, and from repeated measurements emerged a portrait of the galaxy — a curved portrait. 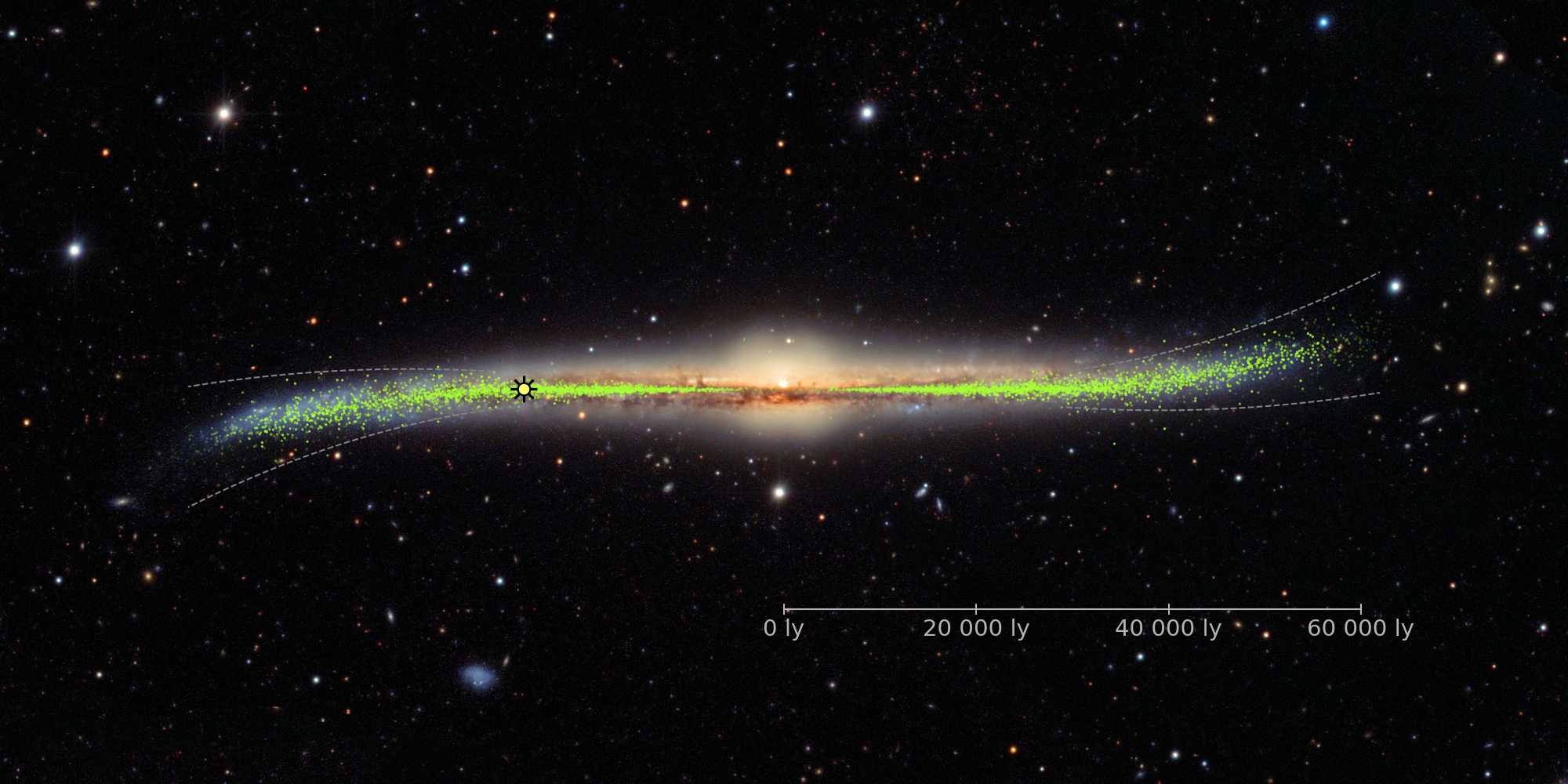 “Our map shows the Milky Way disk is not flat. It is warped and twisted far away from the galactic center,” said co-author Przemek Mroz. “This is the first time we can use individual objects to show this in three dimensions,” some, he said, “as distant as the expected boundary of the Galactic disk.”

The galaxy curves “up” on one side and “down” on the other, a bit like a hat with the brim down in front and up in back. What caused this curvature is unknown, but of course there are many competing theories. A close call with another galaxy? Dark matter? They’re working on it.

The researchers were also able to show by measuring the age of the stars that they were created not regularly but in bunches — direct evidence that star formation is not necessarily constant, but can happen in bursts.

Their findings were published today in the journal Science.

Jamie Feltham - September 24, 2019
0
We’re a day out from Oculus Connect 6 and a group of software designers are teasing big things. Jonathan Ravasz, Product Design Prototyper at...

New Magic Leap AR Game Puts You In The Shoes Of...