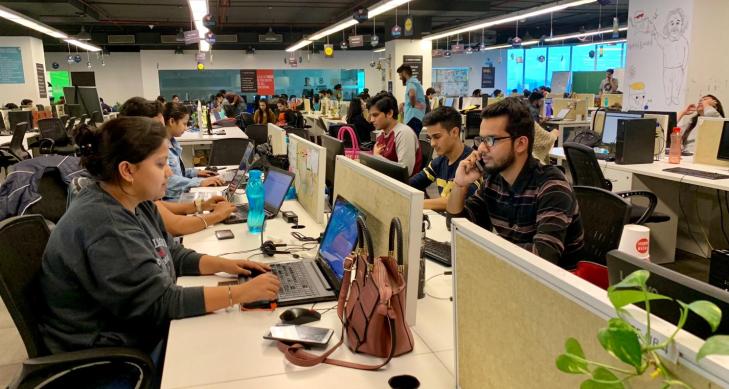 UrbanClap, a startup that offers home services across India and UAE, has raised $75 million to expand its business.

The Series E round for the four-and-half-year-old Gurgaon-based startup was led Tiger Global. Existing investors Steadview Capital, which led the startup’s Series D round, and Vy Capital also participated in the round. The startup has raised about $185 million to date, according to Crunchbase.

The financing round was split into two parts — a primary round which resulted in a share subscription by the aforementioned investors and a secondary share sale by some of its early backers, the startup said in a brief statement.

Through its platform, UrbanClap matches service people such as cleaners, repair staff and beauticians with customers across 10 cities in India and Dubai and Abu Dhabi. The startup supports 20,000 “micro-franchisees” (service professionals) with around 450,000 transactions taking place each month, cofounder and CEO Abhiraj Bhal told TechCrunch.

Bhal said that UrbanClap helps offline service workers in India, who have traditionally relied on getting work through middleman such as some store or word of mouth networks, to find more work. And they earn more, too. UrbanClap offers a more direct model, with workers keeping 80% of the cost of their jobs. That, Bhal said, means workers can earn multiples more and manage their own working hours.

“The UrbanClap model really allows them to become service entrepreneurs. Their earnings will shoot up two or three-fold, and it isn’t uncommon to see it rise as much as 8X — it’s a life-changing experience,” he said. Average value of a service is between $17 to $22, according to the company.

In recent years, UrbanClap has also began offering training, credit, basic banking services through its platform. On its website, UrbanClap claims to offer 73 services — including kitchen cleaning, hairdressing, and yoga training. It says it has served 3 million customers.

Bhal said that around 20-25% of applicants are accepted into the platform, that’s a decision based on in-person meetings, background and criminal checks, as well as a “skills” test. Workers are encouraged to work exclusively — though it isn’t a requirement — and they wear UrbanClap outfits and represent the brand with customers.

No Man’s Sky Beyond: How To Build And Power Your Base...