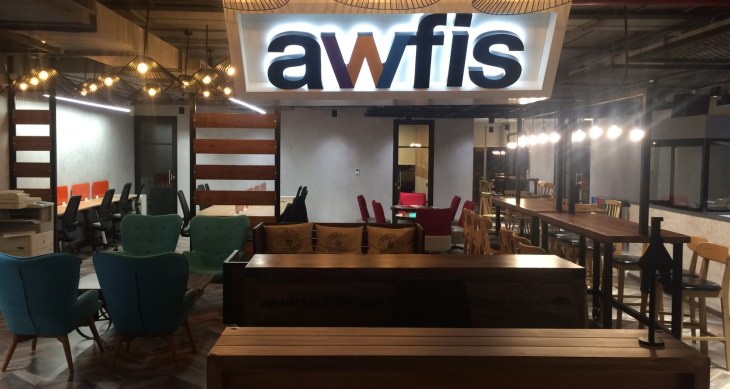 Speaking of businesses that operate co-working spaces in India, New Delhi-based startup Awfis announced today that it has raised $30 million in a new financing round to expand its footprint in the country.

The Series D round for the four-year-old startup was led by ChrysCapital. Existing investors Sequoia Capital India and The Three Sisters Institutional Office also participated in the round, the startup said. Awfis has raised $81 million to date.

Awfis operates in nine cities in India and has 63 centers. It currently has the capacity to accommodate 30,000 people across its centers. In an interview with TechCrunch, Amit Ramani, founder and CEO of Awfis, said the startup will use the capital to add about 340 centers to accommodate 170,000 more people in the next one year and a half.

The startup currently operates two models: It works with landowners to use their workspaces and splits profits with them, and second, it serves as a management operator where it takes a cut of the revenue as its fee. Ramani did not disclose the financial performance of Awfis, but said the startup is aiming to go public in 2022.

Most of its customers today are either small businesses or corporate clients. Some of its customers include Vodafone, Reliance, Hitachi, Zomato, and Practo . It also offers a mobility solution for individuals who want to work from Awfis’ workspaces.

Kshitij Sheth, VP of ChrysCapital, told TechCrunch in an interview that India is finally beginning to see a major boom in the co-working spaces culture. He said his team was impressed by Awfis’ quality services, business model, and ratings from customers.

India’s co-working space, still a relatively new business category in the nation, is worth $390 million — a fraction of the $30 billion office and commercial real estate business. Awfis today competes with a number of startups including GoWork, which announced $53 million in a debt financing round earlier today, 91Springboard, GoHive, and the global giant WeWork.

Fast-growing hotel lodging startup Oyo also recently entered the co-working spaces business with the launch of Oyo Workspaces. For the expansion, it acquired local player Innov8 for a sum of about $30 million to immediately establish presence in 10 cities in India with more than 20 centers.

But the competition does not necessarily worry Ramani, who said the market today remains largely untapped. “Competition is great. It helps educate the market. People have more choices.” Ramani is happy to compete with others on quality and service front, he said.

Kyle Melnick - July 9, 2019
0
The $199 goggles track your performance and display key information via a see-through overlay.Since the introduction of devices such as the Fitbit back...