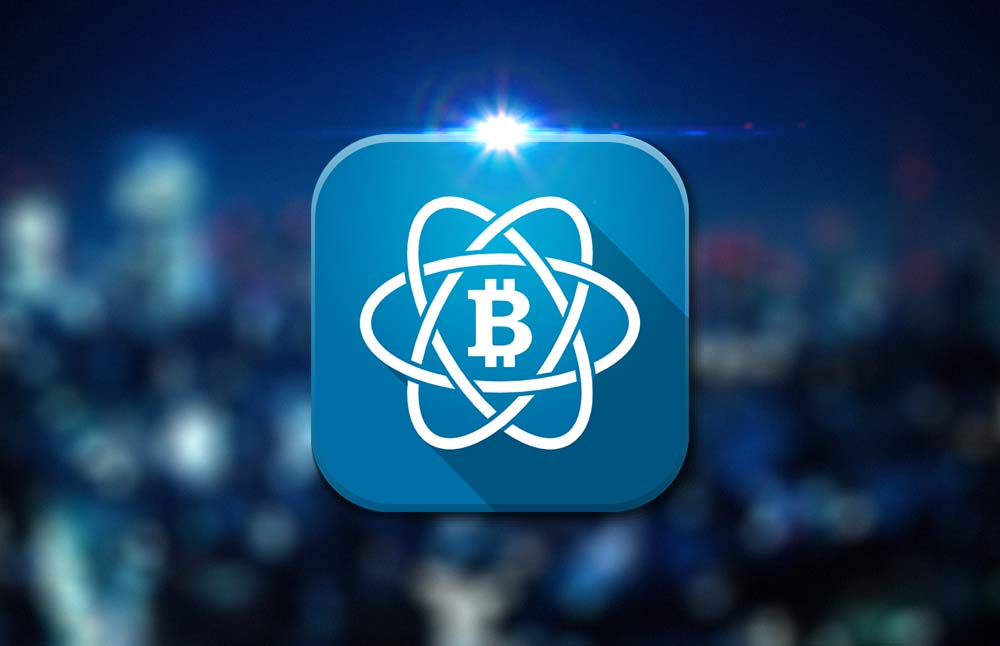 How to Use, Store and Sign Up with Electrum Bitcoin Wallet

Electrum is a popular bitcoin wallet available for desktop and Android users. It’s also one of bitcoin’s oldest wallets. Find out everything you need to know about Electrum today in our guide and review.

The wallet is available as a free download via Electrum.org. You can install it on an offline computer for a cold storage setup. Or, you can keep your funds on an ordinary online computer and use your Electrum wallet for daily spending. Electrum gets along well with all major hardware wallets, which means it can easily be integrated into any wallet setup you’re running. It is known for its safety functions, recovery forgiveness, instantly on, no lock-in or downtimes, verification proof checking and offline cold storage benefits.

Unlike certain other crypto wallets, Electrum doesn’t support multiple cryptocurrencies. It doesn’t even support multiple forks of bitcoin: it just supports bitcoin (BTC). However, users have modified Electrum’s software over the years to create versions like Electron Cash or Electrum LTC. Electron Cash is an entirely separate project from Electrum made by a separate set of developers, although it uses most of the same coding. Electron Cash is one of the most popular Bitcoin Cash (BCH) desktop wallets.

Although most people know Electrum as a desktop bitcoin wallet, the team has also released an Android app. The app is available via the Google Play Store or as an .apk as a free download.

One of the biggest complaints about Electrum is that it was recently affected by one of the most serious security breaches in crypto history. In November 2017, a security issue was disclosed to the Electrum team. The issue had been affecting Electrum’s software since March 2016 (version 2.6). The exploit allowed a malicious website to gain control of your Electrum wallet and steal all of your bitcoin (if your wallet wasn’t encrypted with a password). Even if your wallet did have a password, a hacker could still redirect encrypted bitcoin keys from the wallet to their address. News of the exploit rattled the bitcoin community. Making the issue even worse was that it wasn’t fixed until January 2018. It’s unknown how many Electrum users lost bitcoin because of the exploit – if any. However, any Electrum users who haven’t updated their software since version 2.6 (say, those with funds held in cold storage) are still vulnerable.

Then, in April 2019, Electrum faced another serious security issue. Electrum users lost millions of dollars during a DoS attack against the network. Over 140,000 machines attacked the network with a phishing attack that steered users towards a fake version of the software. Hackers also implemented their own Electrum servers that hosted compromised versions of Electrum. Anyone using Electrum versions older than 3.3 were affected by the attack.

With these serious exploits in the past, Electrum continues to move forward as one of the best and most secure desktop bitcoin wallets available today.

Key features of Electrum bitcoin wallet include all of the following:

Secure: Electrum encrypts your private keys, and those private keys never leave your computer. As long as you remain in control of your computer (and nobody accesses your seed), your money is completely in your control.

No Downtime: Electrum’s servers are decentralized and redundant to prevent downtime, which means your Electrum wallet never goes down.

Multi-Sig Support: You can split the permission to spend your coins between several wallets. With a multi-sig wallet, multiple people need to confirm a transaction before the funds are sent.

Cold Storage: Electrum works well with cold storage setups. You can easily install Electrum on a computer that has never been connected to the internet.

Watch-Only Wallets: If you keep your private keys offline via an Electrum cold storage setup, then you can still track those keys with a watching-only wallet.

Third-Party Add-Ons and Plugins: Electrum supports third-party plugins like multi-sig services and hardware wallets (Ledger and Trezor), among others.

Available for Multiple Desktop Systems: Electrum is available for Linux, Windows, and OS X. You can also install it via Python.

Available for Android: Electrum is available as an Android app for Android versions 5.0 and up. You can download the .apk from Electrum.org or download it from the Google Play Store like any app. Open Source: Electrum has over 9,000 commits on GitHub. Part of the reason why Electrum is so trusted is because of its thriving open source community. Overall, it’s one of the most actively-developed software projects in the crypto space.

Major Security Exploit in Old Versions: In January 2018, Electrum’s developers disclosed a major vulnerability in the software. That vulnerability was first revealed (privately) to the developers in November 2017, although it had been present in the Electrum software since March 2016. It’s unknown how many bitcoin were stolen through this exploit, if any, although it remains one of the biggest potential disasters in bitcoin history. Old versions of Electrum – like ones running on cold storage machines that haven’t been connected to the internet or updated in years – are still vulnerable to this exploit.

How Does Electrum Work? Electrum is available as a free download for Windows, Linux, OS X, and Android.

Electrum is a lightweight Bitcoin client, which means you don’t have to install the entire 200GB bitcoin blockchain to use the wallet.

Electrum is an open-source wallet. That’s why its code has been adapted into other wallets – like Electron Cash for Bitcoin Cash (BCH).

Electrum lets you create multiple types of wallets using the software. You can create a standard wallet, for example, a wallet with 2FA, or a multi-signature wallet. You can also import an existing wallet to Electrum. Since coins held in Electrum aren’t locked in, you can also transfer your coins between different wallet software.

Electrum operates in a client/server configuration where the wallet (the client) is programmed by default to connect to a network of peers to verify that transactions are valid.

Overall, Electrum works in a similar way to any locally-based bitcoin wallet. You can easily send and receive transactions through the wallet, hold wallets in cold storage, connect Electrum to hardware wallets, or use Electrum as your daily hot wallet on an internet-connected computer.

As with any bitcoin wallets, you will need to pay bitcoin network fees when sending or receiving bitcoin. Electrum lets you customize fees however you like, including cheaper fees for lower-priority transactions and higher fees for higher-priority transactions. While wallets like Mycelium let you choose a low, medium, or high fee option, Electrum lets you choose various fee levels along with a slider.

How to Use Electrum

Electrum is straightforward for beginner and advanced bitcoin users to use. Here’s the step by step process: You’ll see multiple download options for different desktop operating systems. There are also links to the Android APK and Google Play Store listing. For the purpose of this guide, we’re assuming you’re installing the Windows version of Electrum. Electrum is installed just like any standard .exe or Windows application. Open the file you downloaded, then follow the on-screen prompts. After installing Electrum, you’ll be asked to auto-connect to a server or select a server manually. Most users will be fine with the auto-connect option. Then, you’ll be prompted to create a new wallet or restore an existing one. You can choose from multiple wallet options, including a standard wallet, a wallet with 2FA, a multi-signature wallet, or a hardware wallet. At the next step, Electrum will display your recovery seed phrase. You’ll see 13 words appear in a box. You need to write these words down and keep them in a secure place. You can use these 13 words to recover access to your bitcoin from anywhere at any time. You’ll be asked to re-enter the 13 words on the next page. You cannot copy and paste the words. You must write them down.

Finally, Electrum will ask you to set up a password and confirm it.

To finalize the setup process, Electrum will ask which server you want to connect to. If this is your first Electrum wallet, then you should just click ‘auto-connect’. Finally, click ‘Next’ to complete the wallet setup process.

Sending and receiving bitcoin with the Electrum desktop wallet is just as easy as it is with any mobile wallet app.

To receive bitcoin, open the Electrum app and click the ‘Receive’ tab. You’ll see a string of characters next to the ‘Receiving address’ label. This is your public wallet address. You can send this address to anybody, and they can send bitcoin to you. Click the ‘Copy Symbol’ button to copy the public key to your clipboard, then paste it wherever you need. You can also send bitcoin via QR code, which may be the easier option if you’re using a mobile app.

To send bitcoin, open Electrum and click the ‘Send’ tab. You’ll see a box that says ‘Pay to’. Enter the address to which you’re sending bitcoin here, then add a description (optional) and the amount of BTC you want to send. Customize your fee from low to high based on your priority. Once you’ve confirmed and double-checked all details, click ‘Send’ to send your bitcoin.

To check your transactions at any point, just click ‘History’. Electrum’s development team is organized under the name Electrum Technologies GmbH. To date, Electrum has over 9,000 commits on GitHub.

You can contact the development team by email at electrumdev@gmail.com. The project’s GitHub page is here: https://github.com/spesmilo/electrum. There’s also the #electrum channel on Freenode and the project’s official Twitter @ElectrumWallet.

Electrum is released under the MIT License.

The Electrum customer support system for bitcoin wallet users is a bit different than most are accustomed to. The Electrum twitter account handles the official announcments while the original bitcoin forum (bitcointalk.org) and Reddit channel is where you can ask questions and receive answers. They also offer help in the form of Electrum wallet documentation explaining all the various facets of the bitcoin storage wallet setup.

Electrum is one of the best and most popular bitcoin wallets available today. Since 2011, Electrum has been a mainstay in the bitcoin community despite new popular options arising like Trezor and Ledger in the past few years. Today, versions of Electrum are available for multiple desktop operating systems (Windows, Linux, and Mac OS). An Android app is also available. When comparing Electrum to Mycelium or Exodus, you can see the benefits and different effects of each method and process of storing a digital asset.

Aside from one serious security exploit, the lightweight Electrum bitcoin wallet has consistently been one of bitcoin’s most-trusted wallets for both cold and hot storage.

Harry Baker - October 18, 2019
0
Holonautic announced that their debut title Holoception will release into early access on October 24 for the Oculus Rift, Vive and Valve Index via...

‘Borderlands 2 VR’ to Launch on PC This Fall, PSVR Version...