Home Online Marketing The State of Video Marketing in 2020

Barack Obama was about to enter his first full year in the White House, Farmville was the flavor of the month with 83 million monthly users on Facebook, and Avatar had just hit movie theatres worldwide, becoming — at the time — the highest-grossing movie ever.

But even then, ten years ago, people were already starting to make big predictions about online video, and its potential to change the world of marketing.

Not all predictions come true — but, as we reach the end of the decade, it’s fair to say that these ones certainly did.

If any marketing trend can lay claim to being the defining tactic of the last ten years, video is surely up there.

A decade ago, video was an expensive, pie-in-the-sky luxury. Since then, it’s become a staple — an accessible, affordable must-have tool to help attract audiences, explain products, and support customers.

And now, as we once again march forward into a brand new decade, new research conducted by Wyzowl strongly suggests:

Wyzowl’s State of Video Marketing Survey is an annual report, now in its sixth iteration. Every year, we ask a range of questions — many of them the same from year-to-year — to evaluate how the video marketing landscape is changing and growing.

This time round, our survey was taken by a sample of 656 unique respondents, consisting of professional marketers and consumers.

85% of businesses use video as a marketing tool. This is actually a slight decrease from last years figure (87%) but still represents a highly significant number, which has generally grown since 2016 (the first time we asked this particular question in this way.) 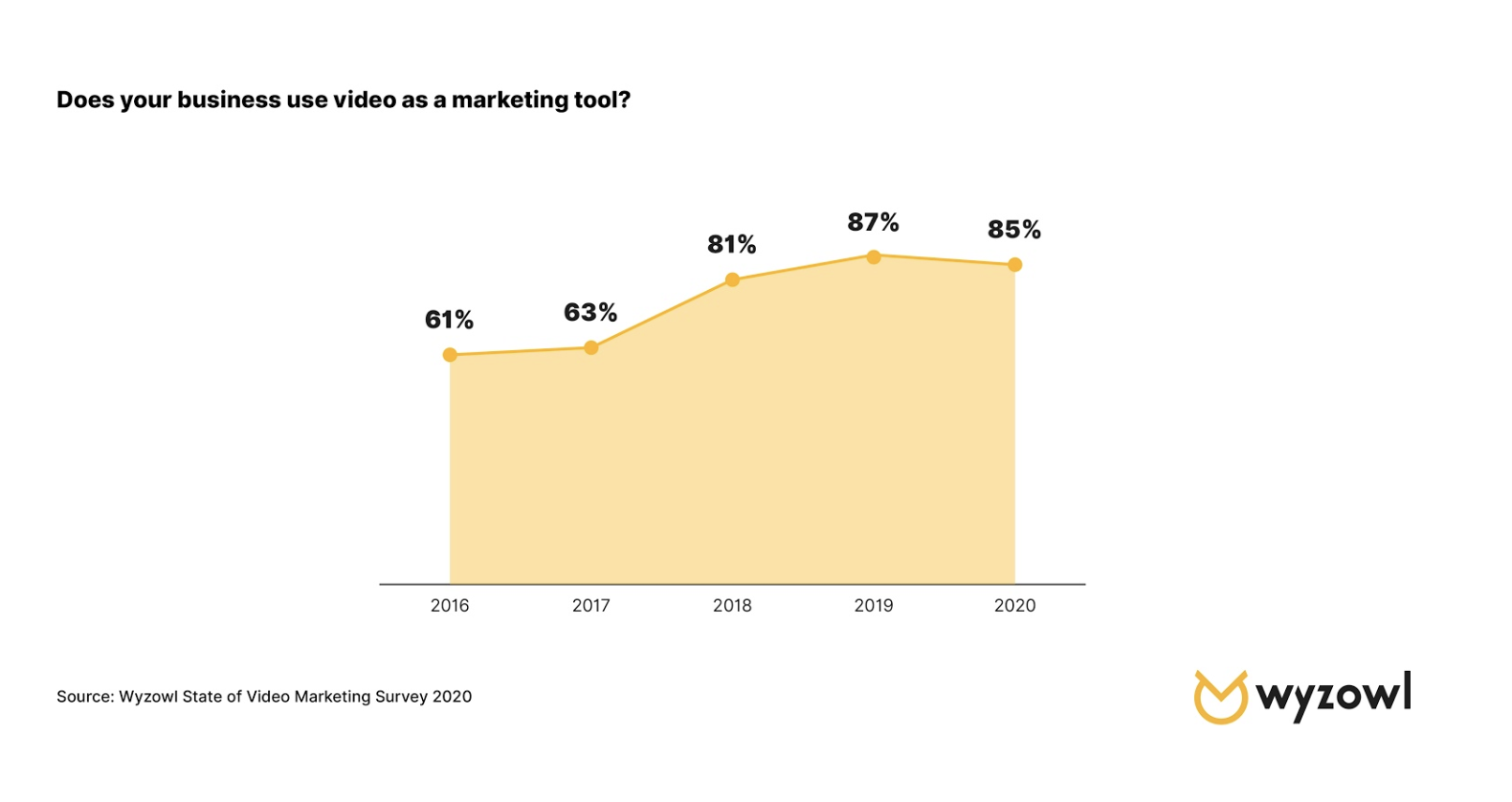 What’s more, 92% of marketers who use video say that it’s an important part of their marketing strategy — the highest percentage of any year since 2015. 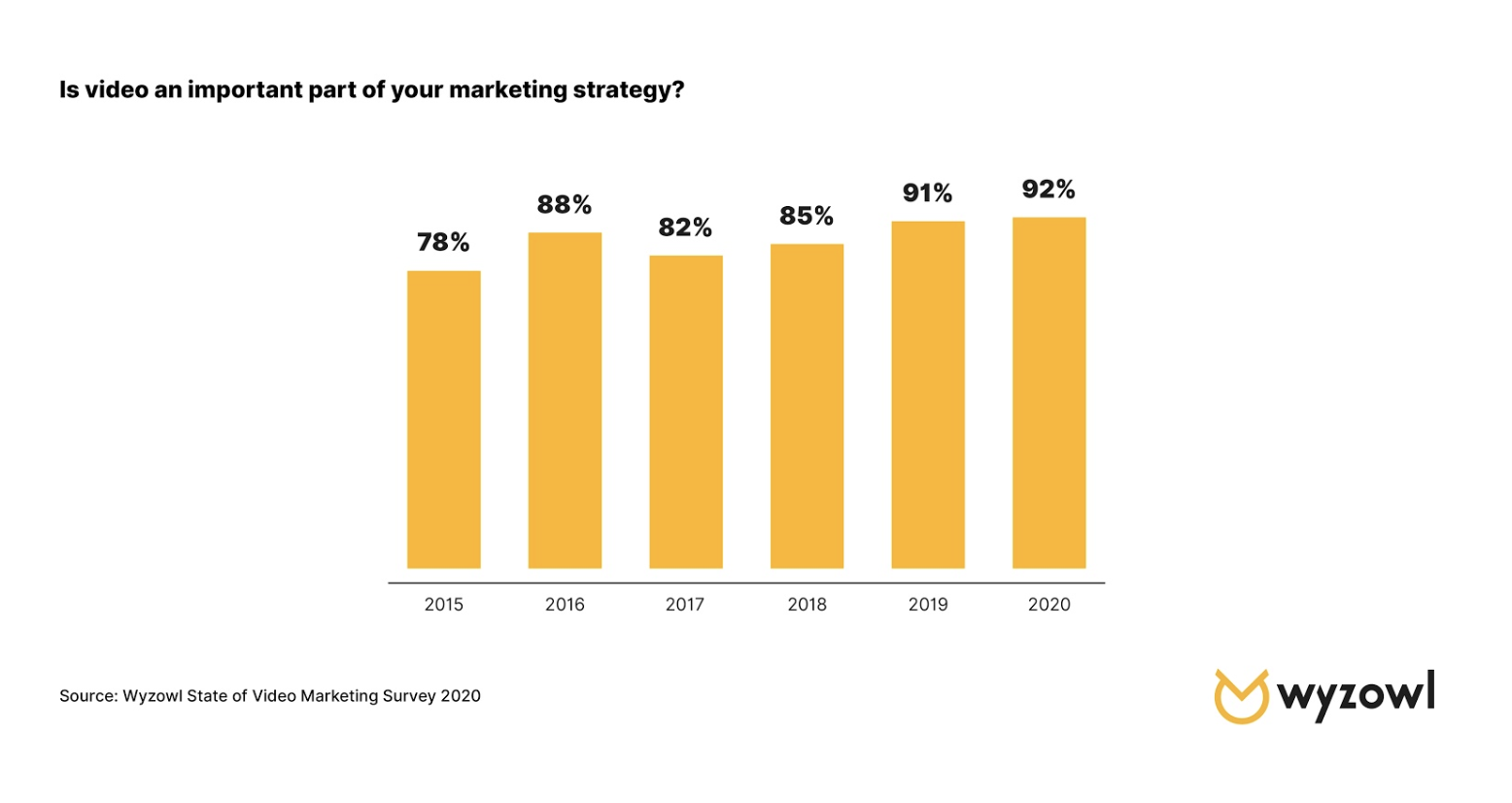 Perhaps most strikingly, 88% of video marketers reported that video gives them a positive ROI — a 5% increase on last years figure, and a world away from the lowly 33% who felt that way in 2015. This could well be attributed to greater understanding of how to use video, as well as how to track and quantify its impact. 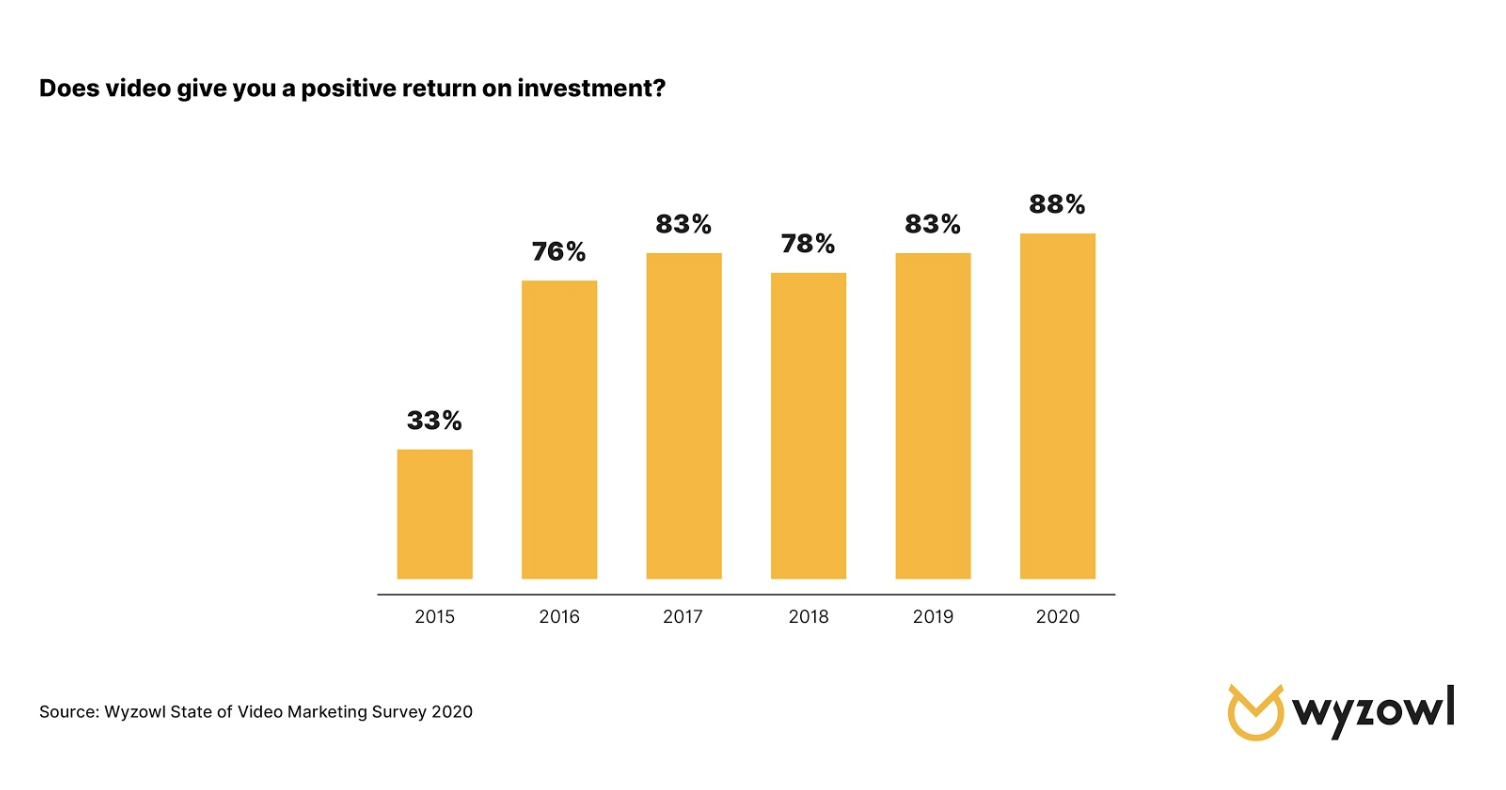 As you might expect given all the above, all the signs suggest that usage and spend are on course to continue their growth in 2020.

99% of current video marketers told us they’ll continue using video in 2020, and 95% plan to increase or maintain their spend.

What’s more, from the people who told us they don’t currently use video, 59% told us they expect to start in 2020. 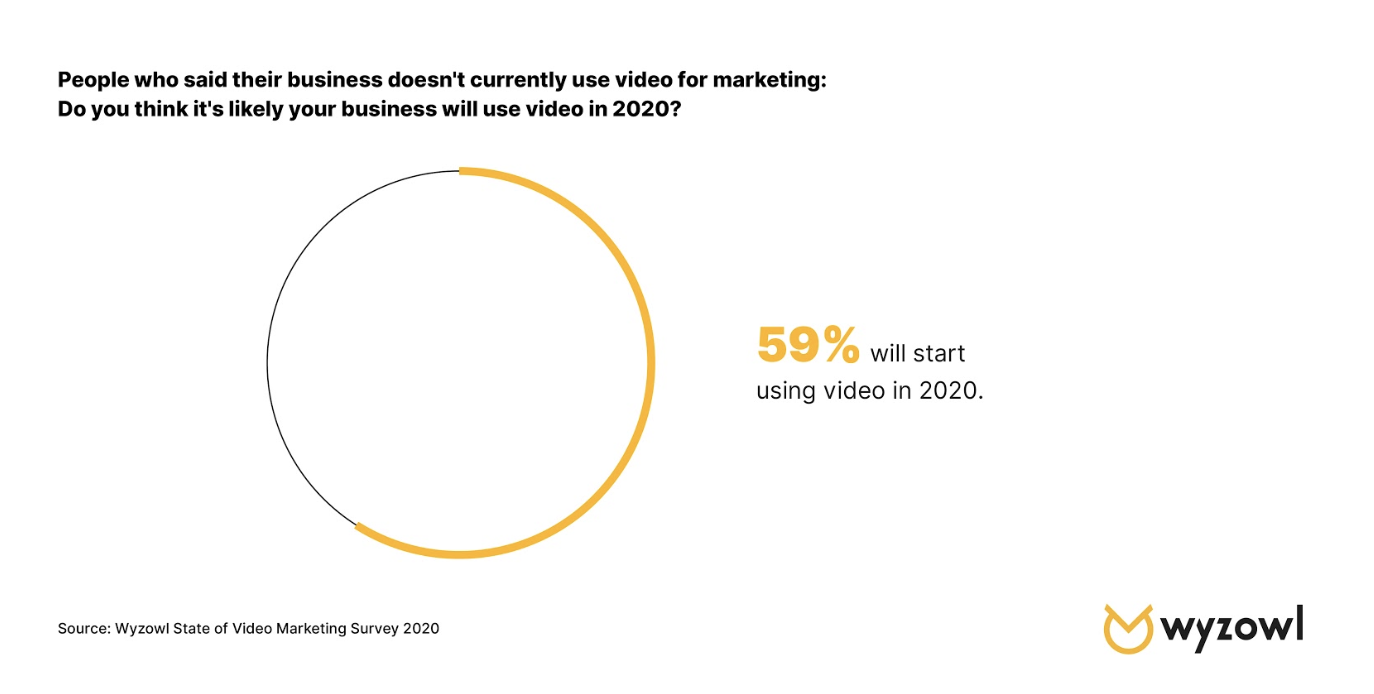 Of course, while this is a challenge, it isn’t an insurmountable one. It simply raises the bar in terms of content quality. Video needs to be well-planned, and very well-executed.

You’d be forgiven for looking at these numbers and feeling that video might be on the verge of reaching saturation point. Most of the data points around usage, spend and consumer opinion are in the 80s and 90s — where they’ve held, consistently, for a number of years.

But the good news is that there still seems to be underutilized opportunities for marketers to explore around video.

Unsurprisingly, YouTube and Facebook are the most widely used platforms among video marketers — used by 85% and 79%, respectively.

But some of the lesser-used video tactics also seem to be reaping real results for video marketers.

Most notably, for the first time ever, LinkedIn has emerged as the most successful channel for video marketers, with an overwhelming 87% of LinkedIn video marketers describing it as an effective channel.

TikTok — often cited as a video platform with huge potential (and not only by Gary Vee) — remains largely untapped, with only around 1 in 10 video marketers having given it a shot. Out of those who’ve tried it out, though, 66% report having seen success.

There are flops to go with the success stories, too, though. Snapchat continues its poor performance of recent years. Only 11% of video marketers say they’ve used Snapchat as a video channel, and, out of those, less than half report success, making it comfortably the lowest-performing video marketing platform for the third year in a row.

Video looks set to continue its ten-year overnight success story into the coming decade. These stats paint a picture of a media type that’s almost universally popular among both marketers and their audiences, helping achieve a number of incredibly important goals.

You can check out the full report — with plenty more data points — and get a downloadable version by visiting Wyzowls State of Video Marketing 2020 page.

Vader Immortal & Wolves In The Walls Nominated For 2019 Emmy...

Kyle Melnick - July 17, 2019
0
ILMxLAb and Fable Studio will duke it out for ‘Outstanding Innovation in Interactive Media.’Both ILMxLAB’s Vader Immortal: A Star Wars VR Story and...

VR’s Slickest Shooter Yet (But Not Without Issue)

Jasmine Grey Tries to Prove in VR That She’s Better than...