Home Artificial Intelligence The AWS DeepRacer League: The 2020 season is underway as the Virtual...

The AWS DeepRacer League is the world’s first autonomous racing league and is open to anyone. In 2019, tens of thousands of developers from around the world took part in a race against the clock to see who had the fastest model. The competition ended with SOLA from Japan taking home the grand prize and lifting the Championship Cup live on stage at re:Invent 2019! 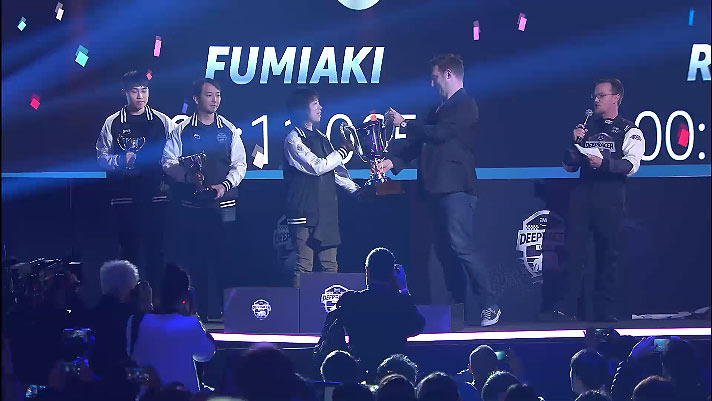 While racers enjoyed this single-car racing format, many were eager to directly race their competitors, as opposed to just racing against time. At re:Invent 2019, new AWS DeepRacer features and racing opportunities were announced promising to make 2020 another high-octane year for machine learning (ML) developers. March 2nd is the start of the 2020 season and kicks off with the opening of the Virtual Circuit. The first track of the year was inspired by the racing style of SOLA, so you can race like a champion on high-speed straights and back to back hairpin turns. Start building models and race now on the SOLA Speedway via the AWS DeepRacer console, for a chance to win a trip to the Championship at re:Invent 2020!

There are three racing formats (time-trial, object avoidance, and head-to-head racing) to choose from in each of the monthly races that run from March to October 2020—a total of 24 races in the virtual circuit season. More races means more prizes up for grabs, with 4 times the number of winners in 2020 vs 2019 – Top the leaderboard in any of these races and you will win an expenses paid trip to re:Invent 2020 to compete for the Championship!

Time-trial races are the more traditional 2019 racing format, in which developers compete for the fastest lap of the track. Object avoidance races are a race against the clock on a track filled with obstacles. The head-to-head races are where it gets really exciting—you race all month against the AWS bot cars for a chance to advance and race against each other in an elimination round! At the end of each month, the leaderboard closes and the top 32 racers automatically proceed to a bracket single -elimination tournament, where they race head-to-head to determine the ultimate winner. The bracket is revealed at the end of the month, and you can replay real-time video of your opponent’s laps on the track directly from the console, in preparation to take home the glory!

This is just the beginning

The AWS DeepRacer League will continue to expand throughout the year as the Summit Circuit kicks off at AWS Summits later in the month. There, you will experience the thrill of racing head-to-head in the real world as they take on the same challenges with AWS DeepRacer Evo.

The level of ML skill and innovation that developers displayed as they battled for the 2019 AWS DeepRacer Championship Cup was truly amazing. With new race formats, you have new challenges to overcome that will push your ML skills to new limits. It’s going to be an exciting year of racing for developers of all skill levels around the globe! Join the AWS DeepRacer Community to pick up tips and Start racing today – it could be you who lifts the Cup!

Acron: Attack of the Squirrels Review: A Nutty Delight Of A...

Oculus Are Bringing 50+ Popular Go Apps To The Quest