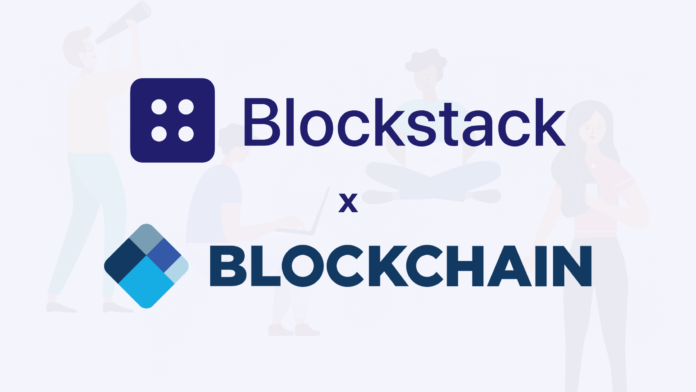 Global Content Distribution Network (CDN) and Cloudflare competitor Blockstack has launched Stacks 2.0 Public – a public testnet release that will allow blockchain developers and miners to participate in the deployment of an innovative new consensus mechanism, dubbed Proof of Transfer (PoX), as well as trial Clarity smart contracts that the company has been working on for some time.

Blockstack has built the core protocols and is aiming for a user-owned internet. A key milestone on the road to the companies mainnet, the Blockstack PBC will work alongside potential miners and testers through testnet phases to prepare the network for the Stacks 2.0 upgrade by independent miners in mid-2020.

The Stacks 2.0 blockchain will have a unique design where it interconnects with the Bitcoin blockchain. PoX ties the Stacks blockchain to the security of the Bitcoin network by requiring BTC commitments instead of native Proof of Work mining. Instead of expending electricity and computing power to compete to earn newly minted STX tokens, Stacks blockchain miners will be able to participate in the leader election by committing BTC. Additionally, STX token holders will be able to participate in the consensus algorithm by locking up STX tokens and running a full node, further securing the network, and earning forwarded BTC from miners. The Stacks 2.0 testnet will allow interested node operators to trial Blockstack’s PoX mechanism by simulating both mining by forwarding free testnet BTC and by locking simulated STX to earn simulated BTC rewards.

“We view this testnet launch as a chance to battle test our newly announced Proof of Transfer consensus mechanism. Stacks 2.0 is our master design of a blockchain, the blockchain we wished existed when we were starting off. It anchors to Bitcoin for security and yet allows scalable transactions and full smart contracts. If we can pull off anchoring the Stacks blockchain to the Bitcoin network, it would have huge implications for how smart contract platforms choose their consensus mechanisms going forward. Until PoX, smart contract platforms have had to choose between starting new Proof of Work blockchains or doing Proof of Stake mining, both of which would not match powerful security guarantee of Bitcoin’s Proof of Work. A successful trial of Proof of Transfer would signal a viable third option that relies instead on Bitcoin as a foundation for Web3 going forward. It would literally create a new use case for BTC.”

Privacy-focused applications will benefit from the additional capabilities of Stacks 2.0, which includes the release of Blockstack’s new smart contract coding language, Clarity. In 2019, the Blockstack network grew from 20 applications to more than 350. App developers will now gain access to the Clarity smart contract language and resources, including a series of tutorials. The testnet launch will also give developers a chance to earn bounty rewards for surfacing blockchain and smart contract bugs and vulnerabilities, writing useful smart contracts, developing tools, and more. Blockstack has set up five bug bounty phases leading up to the launch of the Stacks 2.0 mainnet and is offering rewards in BTC for identifying bugs or building specific tools and resources on top of PoX.

Stacks 2.0 mainnet launch is currently planned for summer 2020. If you would like to learn more about the Stacks 2.0 testnet please visit testnet.blockstack.org.