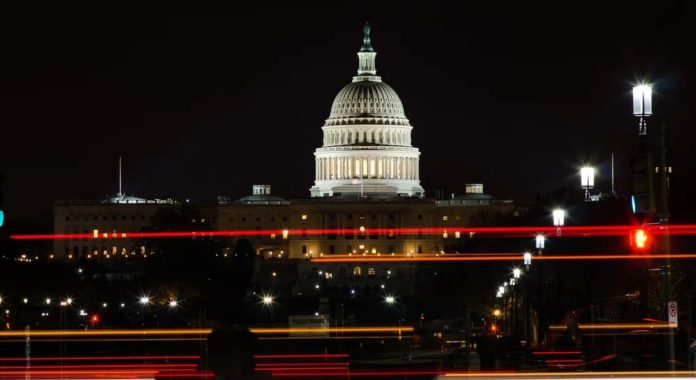 The US Permanent Subcommittee on Investigations group, part of Homeland Security,
is pushing the US Senate to consider blockchain for voting.

In a memo recently issued, members of the subcommittee wrote:

“With its encrypted distributed ledger, blockchain can both transmit a vote securely and also verify the correct vote. Some have argued that these attributes make blockchain useful for electronic voting broadly.143 Blockchain can provide a secure and transparent environment for transactions and a tamper-free electronic record of all the votes. It also reduces the risks of incorrect vote tallies.”

“Moreover, some firms have already begun to deploy blockchain-like technology to help countries, like Estonia, run elections entirely online. Although some have raised concerns about the use of online systems for voting, those concerns are more specific to secret ballot elections than they are to public Senate votes.”

“One concern specific to the Senate is the risk that majority control of the blockchain could fall into the wrong hands. Due to the small size of the Senate, any remote blockchain voting system would need to be properly set up to eliminate any threat of a 51 per cent attack to ensure that no bad actor could gain majority control of a voting chain.”

“A 51 per cent attack occurs when an actor controls more than half of a network’s computing power and uses that power to exert control over the blockchain.149 Other security concerns for remote blockchain voting in the Senate include possible vulnerabilities from cryptographic flaws and software bugs.”

The Permanent Subcommittee on Investigations is the Homeland Securities Commission Committee’s chief investigative subcommittee and has the responsibility of studying and investigating the efficiency and economy of operations relating to all branches of the government. The Subcommittee is also tasked with studying and investigating the compliance or noncompliance with rules, regulations and laws, investigating all aspects of crime and lawlessness within the United States which have an impact upon or affect the national health, welfare and safety, including syndicated crime, investment fraud schemes, commodity and security fraud, computer fraud, and the use of offshore banking and corporate facilities to carry out criminal objectives.

Half-Life: Alyx – Everything You Need To Know About Alyx Vance

Jamie Feltham - November 20, 2019
0
As you’ve probably noticed, the name of Valve’s new Half-Life VR game, announced on Monday, is not Half-Life 3. It’s not even Half-Life...

How to use PayPal for in-world payments – Hypergrid Business