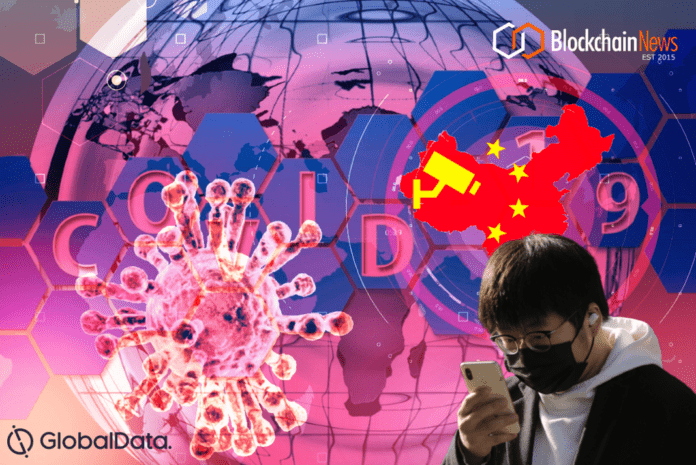 China has managed to launch its national Blockchain Service Network (BSN) in April 2020 on schedule, despite the COVID-19 outbreak. China has been an early adopter of technologies to fight COVID-19 and will be closely observed by other countries on how to leverage technologies such as blockchain to contain and monitor COVID-19 or any future outbreaks, says GlobalData, a leading data and analytics company.

The (BSN) was initially developed by the Chinese government to bring relief to the existing problem of the high cost of developing and deploying blockchain applications by providing public blockchain resource environments to developers at Chinese companies. But’s it’s proving to also benefit the battle against Coronavirus and the current pandemic.

“Blockchain has been on a list of Chinese government priorities since October 2019, when President Xi Jinping declared blockchain to be an important breakthrough to accelerate the country’s innovation. The Chinese hospitals with an increasing number of COVID-19-infected patients since January 2020 have already been utilizing blockchain technologies in numerous applications, ranging from electronic healthcare records to insurance claims. The early implementation of the blockchain allowed China to relatively quickly leverage existing technological and regulatory bases in their attempts to contain the COVID-19 outbreak.”

The Chinese Center for Disease Control and Prevention implemented a new nationwide web-based automated system (CIDARS) after the previous SARS virus hit China to assure timely response to outbreak detection and prevention. The automated surveillance system was expected to extensively improve the timeliness and completeness of data submitted directly via the internet.

“China, the first country hit by the COVID-19 outbreak, has been questioned by the leaders of countries such as France and the US about the accuracy of reporting of COVID-19 cases. More discussions were sparked after China revised Wuhan’s COVID-19-caused deaths despite having a quite advanced disease surveillance system; China was believed to be slow to report the extent of the outbreak. While any health surveillance system may be much more efficient in detecting known diseases, COVID-19 heightens the need to create more transparent and effective surveillance systems, and blockchain may present as an appealing solution to this. With China filing one of the highest numbers of blockchain patents in the world, the country has a strong ground base to lead the way towards improving disease surveillance systems.”

As a decentralized and secure ledger, blockchain eliminates intermediaries, prevents tampering and data loss, and at the same time ensures traceability and much-required transparency. Blockchain technologies allow for the data to be transferred securely between different stakeholders, eliminating the need for physical proximity.

“Blockchain facilitates more accurate reporting and could be a valuable tool in understanding, monitoring and preparing for the challenges that outbreaks such as COVID-19 present. Although most of the countries have announced dropping rates of deaths from COVID-19, with the vaccine expected to take more than a year to reach the markets and scientists predicting more than one wave of the outbreak, efficient surveillance systems would be a huge step forward in trying to contain COVID-19 or prevent similar outbreaks in the future.”

“Due to its decentralized management, blockchain-based systems would help to report data instantly, while adhering to data privacy and security regulations. The trust factor still remains as one of the issues, though—can we trust authorities with information without having clear visibility on what they are doing with it?”

Through numerous acquisitions, GlobalData has now become one of the largest data and insights solution providers in the world. They help some 4,000 of the world’s largest companies make better and more timely decisions thanks to their unique data, expert analysis and innovative solutions delivered through a single platform.

Half + Half Update Adds Matchmaking & Open Worlds To The...

Uma Jolie Strikes Back in WankzVR’s ‘Return of the Jolie’ VR...