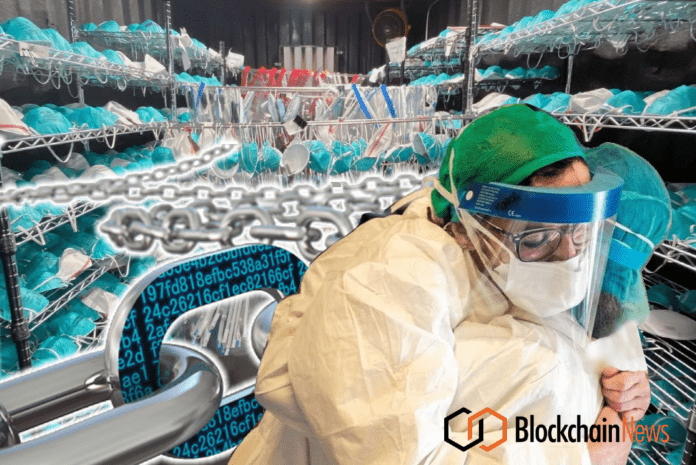 US Democrat Congressman Stephen F. Lynch, a ‘Southie’ from South Boston with nine succeeding Congresses since 2001 under his belt, introduced a bill in late April called ‘The Strategic National Stockpile Enhancement and Transparency Act’ that would use blockchain technology to track the federal national stockpile supply chain and ensure that distribution to each state is not only tracked but also adequately maintained.

This bill, co-sponsored by fellow Democrats Darren Soto from Florida and Sheila Jackson Lee from Texas, requires the US Department of Health and Human Services (HHS) to establish, and award grants to states for the implementation of, the National Emergency Biodefense Network.

HHS must coordinate with the Strategic National Stockpile and the National Biodefense Science Board in this effort. The network consists of state entities responsible for tracking and maintaining adequate supplies of drugs, medical devices, and other items necessary for the emergency health security of the United States. The network must be developed and implemented using a private blockchain (i.e., a distributed ledger technology).

The full version of the proposed bill is located here and includes:

This Act may be cited as the “Strategic National Stockpile Enhancement and Transparency Act”.

(a) In General: Not later than 1 year after the date of the enactment of this section, the Secretary shall establish, in coordination with the strategic national stockpile under section 319F–2 and the National Biodefense Science Board established under section 319M, a network of State entities to be known as the ‘National Emergency Biodefense Network’ (referred to in this section as the ‘Network’) to, with respect to drugs, vaccines and other biological products, medical devices, and other supplies necessary for the emergency health security of the United States.

(1) track the availability of such supplies in each State and in the strategic national stockpile; and

(2) maintain an adequate supply of such supplies in each State and in the strategic national stockpile.

(b) Network Requirement: The Network shall be developed and implemented using a private blockchain.

(c) Grants To States: The Secretary shall award grants to States to enable States to establish an entity which shall:

(1) serve as a statewide repository of the supplies referred to in subsection (a); and

“(2) provide for the tracking of the inventory and movement of such supplies using a private blockchain.

(d) Blockchain: In this section, the term ‘blockchain’ means software that uses a distributed digital ledger of cryptographically signed transactions that are grouped into blocks, each of which:

(1) is cryptographically linked to the previous block after validation and undergoing a consensus decision; and

(2) when added as a new block, makes any older blocks more difficult to modify and is replicated across all copies of the ledger within the relevant network, with any conflicts in such blocks resolved automatically using established rules.

Born and raised in South Boston, Lynch is the son of an ironworker and followed his father’s footsteps into the trade and became the president of the Iron Worker’s Union at the age of 30, while attending the Wentworth Institute of Technology. He received his J.D. from Boston College Law School in 1991 and went to work as a lawyer representing housing project residents and labour unions. He won a special election to represent the state’s 9th district in the United States House of Representatives in 2001 and has been re-elected ever since.

Why virtual world content creators should look beyond Second Life and...