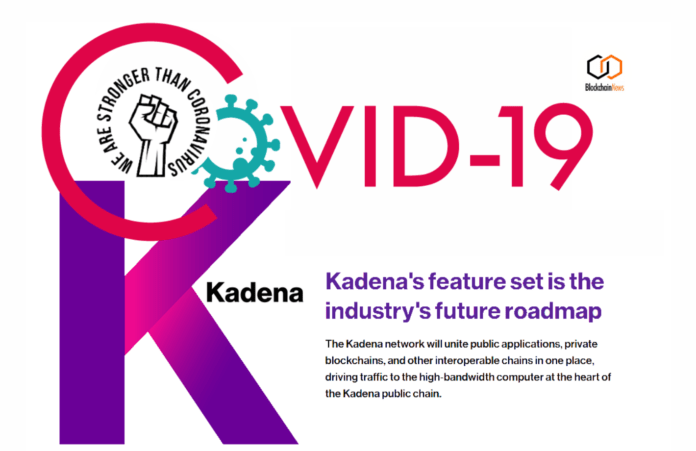 Kadena, a blockchain project born out of a group of ex-JPMorgan bankers, has released a new app created that can verify COVID-19 tests are not fake — by letting users track test kits using QR codes.

Also this week, Kadena’s token (KDA), has been listed on its first cryptocurrency exchange with one of the world’s largest at Bittrex Global, with initial trading pairs including Bitcoin and Tether.

“Kadena‘s plan is to use QR codes to track the kits from the manufacturer to the healthcare provider, making it harder to swap out the real tests for fake ones and ensure the authenticity of coronavirus tests,” said Kadena founder and CEO Will Martino to Cointelegraph.

The company’s distributed app (Dapp) will be used to confirm the authenticity of coronavirus tests by using QR codes to track the kits from the manufacturer to the healthcare provider. The medical personnel can then use the QR code, the test kit information, and the patient’s test results to create a patient’s record. This record can be stored on Kadena’s blockchain which can be accessed anywhere.

COVID-19 Test Tracker by Kadena from Taylor Rolfe on Vimeo.

In addition to ensuring data integrity, the Kadena App will also help researchers, academics, and government officials to understand the demographics of the spread of the disease. The Dapp is already available on Kadena’s testnet, and users with no prior knowledge of blockchain technology can use the app, developers who want to access the data stored on it can do so as well without using Kadena’s tokens or wallet.

Kadena raised more than $15 million through three token sales last year after spinning out of JPMorgan’s Blockchain Center for Excellence.

Researchers Boost Contrast in VR Headsets by Lying to Your Eyes