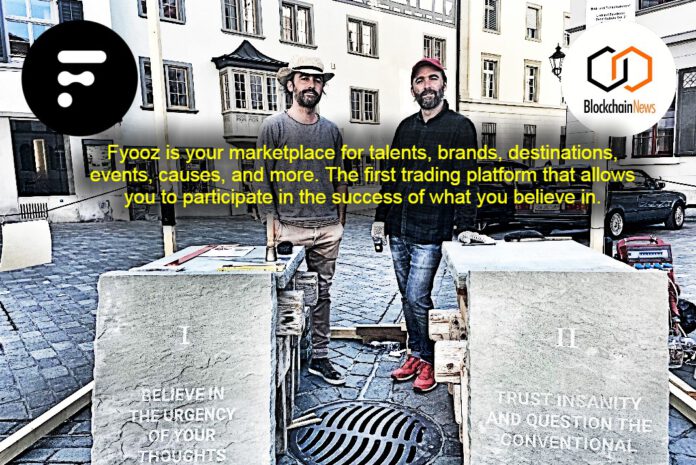 Fyooz, a revolutionary global marketplace for human attention, invites you to observe it’s prelaunch performance, the chiselling of: “The Ten Commandments Vol.2” on sandstone blocks in St. Gallen, Switzerland, near the heart of Crypto Valley. 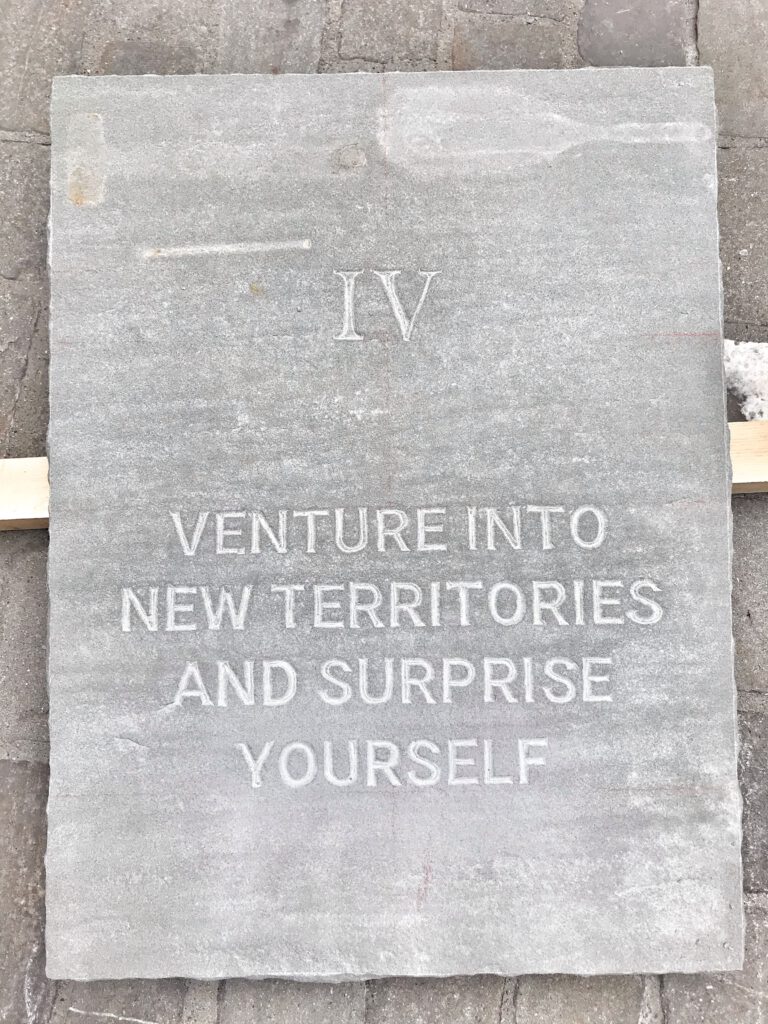 “The world is experiencing not only a digital revolution but a deeply transformative social and human transition.  Many of the new generations would rather invest in sharing, rewarding and participating, than in purely capitalistic pursuits. We intend to facilitate this shift, by democratizing opportunities for investing in individual passions and beliefs”.

Fyooz is collaborating with international concept artists Frank and Patrik Riklin to hammer their chisels on ten sandstone blocks to write “Ten Commandments Vol.2”, setting in stone new thinking and guidelines for the future wellbeing of global socioeconomic. the company is a marketplace for talents, brands, destinations, events, causes, and more. The first trading platform that allows you to participate in the success of what you believe in. 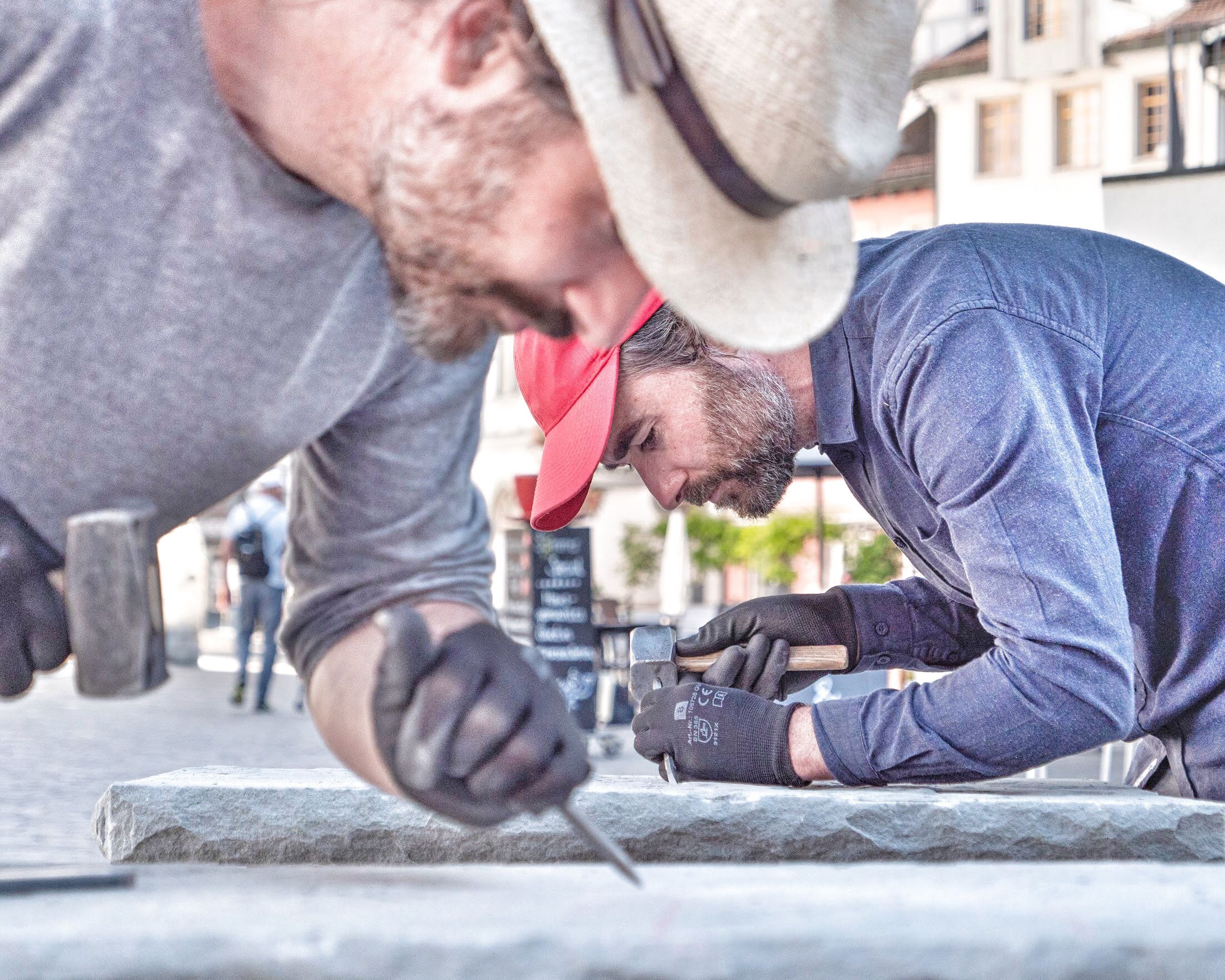 The public chiselling began Monday, June 22 and takes place in front of St.Gallen Cathedral for ten days until Wednesday, 1 July 2020 and can be enjoyed here via live stream.

The world has gone off the rails: It seems people are either in quarantine or on the fence. Our ideological coordinates, our ethical convictions and our value systems are shifting, or at least that is the case for many indignant, insecure, and disoriented communities. The artistic work of the Riklins literally chisels at newly formulated core values for humanity – in a world that, perhaps now more than ever, clearly needs them.

Fyooz is a Swiss start-up in the field of crypto-economics aiming to ethically humanize and democratize the global investment market. A pioneer in the blockchain ecosystem, Fyooz is on the cusp of launching a unique global marketplace for human attention. Through the tokenization capabilities of blockchain, Fyooz commoditizes and transforms human attention into an economic good with a measurable monetary value that can be bought and sold. Fyooz makes attention something that humanity can literally invest in and benefit financially from.

Following the ten-day chiselling of the “Ten Commandments Vol. 2” in the historical city of St. Gallen, the ‘chain of blocks’ will be transported to Zurich where the artists will place them in a public place for all to witness. Tokens representing each of the sandstone blocks containing the “Ten Commandments Vol.2” will be available to buy on the Fyooz marketplace. The unique differentiator being the Riklin’s commandments and values shall not be judged by shallow likes and shares, but rather by the economic interest that develops (or not).

Fyooz is a Swiss-based and regulated marketplace driven by an expert team with decades of expertise in breaking new frontiers.

Switzerland stands for precision, quality, stability and security. Its legal and regulatory framework is driven by a tradition of direct democracy. This philosophy plays into the democratizing potential blockchain represents, and creates an exceptional foundation upon which blockchain-based businesses such as Fyooz can thrive.

The Fyooz team is global and has a network within sports, film, and music, as well as significant depth in online brand building and marketing. Already greenlighted by lawyers in most parts of the world, Fyooz intends to be the global investment marketplace for people’s passions.

In their studio for special assignments, the St.Gallen concept artists Frank and Patrik Riklin have been exploring for 20 years the question of the extent to which the potential of art expands when it leaves the representative framework and intervenes directly in social realities. Where is the interface between art and everyday life, business and society? How does the role of the artist change when art is placed where one least expects it? Frank and Patrik Riklin shake different systems of everyday life and create new realities.

Cartoon Network VR Game Has You Following Reggie Watts Through A...