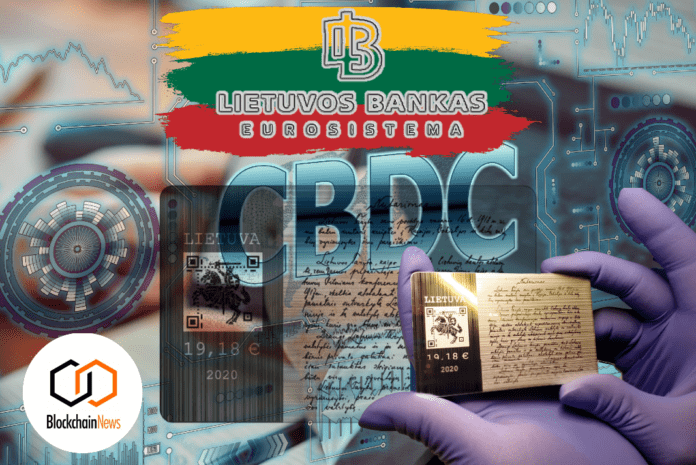 With national banks around the world driving at the speed of light to develop Central Bank Digital Currencies (CBDC), and Facebook cryptocurrency looms on the horizon, Lithuania has taken the step to issue the first central bank-produced digital coin in the eurozone.

A CBDC is essentially a state cryptocurrency, renamed by the financial sector to steer clear of tying it too closely to Bitcoin and other cryptocurrencies which have brand issues.

The bold CBDC issuance project is underway in Lithuania, one of the three Baltic states of Europe. The digital currency “LB coin” issued by the Latvian central bank, Lietuvos Bankas, will be pre-sold next week prior to the official launch on July 23, 2020. The blockchain uses Nem’s blockchain and is part of a project to trial state-backed digital currencies and blockchain technology in everyday use.

The LB coin issued by the central bank is actually not intended for actual use as a “digital collector coin” and does not play the role of legal currency on the blockchain. The collection can be completed by collecting and trading, and it can be used as a legal currency only after exchanging with the commemorative silver coin which is the physical version.

The Lithuanian bank will issue 24,000 digital tokens, each of which will be accompanied by a portrait of one of the 20 people who signed the 1918 Lithuanian Declaration of Independence. Tokens are divided into 6 categories according to the activity field of the historic person who signed them, and 4000 tokens are assigned to each category.

LB coins will be sold for €99 euros with one set of 6 randomly selected tokens. At the same time, a commemorative silver coin with a par value of 19.18 euro will be issued after 1918, but in order to obtain this legal coin valid coin, you need to prepare tokens of 6 categories. It will not happen.

LB coins can be stored in the exclusive wallet of the e-shop that sells tokens, but you can also transfer them, gift them, and trade to the blockchain wallet used by LB coins. And in order to collect tokens and exchange for silver coins, it is necessary to trade with other collectors, like a card collection.

According to reports from Reuters, Marius Jurgilas, board member of the Lietuvos Bankas called LBCOIN:

“…probably the most advanced experimental playground to test different reincarnations of the CBDCs” at a time when financial institutes across the globe are turning to digital currencies.”

Jamie Feltham - September 3, 2019
0
This is one of those reviews that comes with a caveat. If you’re a Spice and Wolf fan, then you’ll be able to...