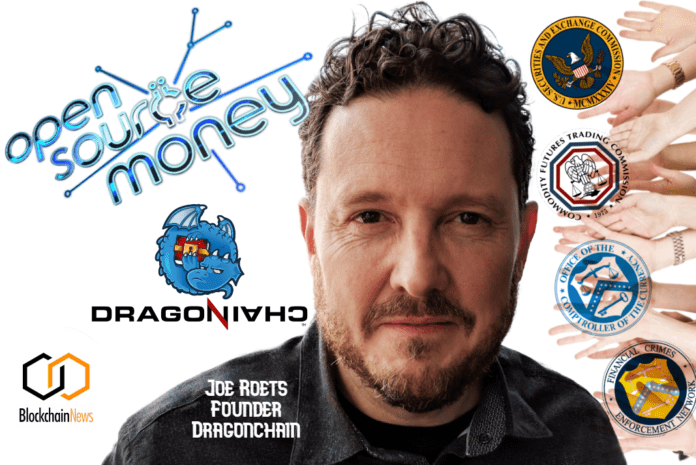 Open Source Money, a groundbreaking five-part, five-weekend, documentary series about the rise of Disney-incubated blockchain company, Dragonchain, and the global evolution of cryptocurrency and blockchain technology kicked off on Discovery Science Channel July 4, 2020.

The documentary series follows the untold, heroic story of Joe Roets, the founder of Dragonchain, a US-based blockchain technology company launched in 2017 that fueled public interest in cryptocurrency worldwide.

The documentary follows Joe and entrepreneurs around the United States who encounter major resistance from the US Government and SEC, as they attempt to advance the blockchain technology and cryptocurrency.

Each episode highlights major contributors in the cryptocurrency revolution, including notable figures Patrick Byrne, Brock Pierce, Joe Roets, and companies Disney, Facebook and others. Open Source Money is directed by J.D. Seraphine and executive produced by Benjamin Gerry and J.D. Seraphine of Vision Tree Media, who is also producing the film Atari in partnership with Leonardo DiCaprio’s company, Appian Way.

Overall humanity is at a crossroads and the future of money as we know it will be transformed by Blockchain and the new internet of Value.

Open Source Money is the first series to be fully financed through cryptocurrency with a series budget over $1 million and a premiere on cable broadcast television.

The awesome and groundbreaking five-part documentary series about Dragonchain, and covering the global evolution of cryptocurrency and blockchain technology Open Source Money, will continue for another four Saturdays.

Produced by Vision Tree Media, Open Source Money is the first series to be fully financed through cryptocurrency.

Additionally, fans of the series who promote Open Source Money can earn rewards for driving digital engagement from a $50,000 USD campaign via Raiinmaker, with rewards paid fractionally based on specific metrics such as earned likes, comments, shares, and views. Fans can join the Raiinmaker campaign with Open Source Money by signing up here.

Will Minecraft Earth Be The Next Pokemon Go?

Talespin Allows You to Practice Firing People in Virtual Reality