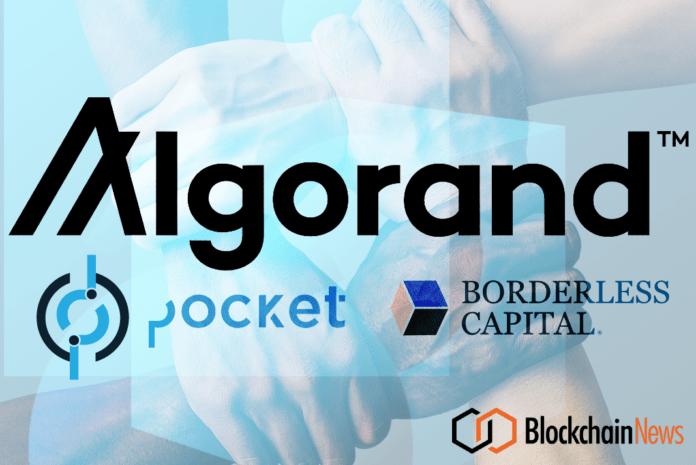 MIT scientist Silvio Micali’s Algorand, will now natively support Pocket Network, a decentralized infrastructure platform for the development of peer-to-peer applications.  The deal promises to enable a 10x cost reduction, a new level of scalability and security, and greater access to blockchain development.

“We’re excited to see the types of decentralized applications (Dapps) that will be unleashed when developers tap into the powerful infrastructure that the Pocket network provides,” said Steve Kokinos, CEO of Algorand. “The economic and technical advantages will give app developers a jump on the competition and enable the next wave of innovation.”

Through the open-source, permissionless, pure proof-of-stake blockchain protocol called the AlgoSDK — Algorand be the first blockchain to natively point to Pocket’s API protocol, which connects developers to a decentralized relay network of node operators and infrastructure providers, thereby lowering the barrier to blockchain application development.

The result is unparalleled uptime, redundancy, and resiliency to applications while saving developers time and money. With Pocket’s crypto-economics and built-in redundancy, developers can expect up to a 10x reduction in costs compared to centralized alternatives. As an incentive to use the testnet, Pocket will provide a POKT token grant to those application developers who start to relay data to Pocket’s network of nodes now, which can be used to further subsidize already low infrastructure costs come mainnet.

Borderless Capital, a fund focused on growing the Algorand ecosystem, has invested in Pocket and committed to connecting the large number of Algorand relay and participation nodes that it runs to the Pocket Network.

“Integrating with Algorand gives developers the tools to leverage two protocols, and when combined will provide developers unparalleled privacy and stability for their decentralized applications. The more developers access Algorand through Pocket, the more incentive there is for Algorand nodes to be running across the world, increasing censorship resistance, and providing a strong supply-side market for layer-2 solutions built on Algorand,” said Michael O’Rourke, CEO / Co-Founder, Pocket Network. “We’ll be minting POKT on a one to one basis as an Algorand Standard Asset (ASA) through the Algorand-Pocket Token Bridge, which means more interoperability and ultimately more utility for both communities.”

Soon Web3 developers will be able to connect to Pocket’s existing decentralized relay network of node operators and infrastructure providers via an API by integrating the AlgoSDK. Application developers no longer need to hire their own node runners or IT team to run their infrastructure, thus saving significant time and costs, while eliminating single points of failure.

Beyond the existing offering, Pocket will begin development of a token bridge between Algorand and Pocket. This bridge will work through a system of minting and burning, that is completely decentralized thanks to Pocket’s architecture. The Algorand<>Pocket Token Bridge will provide extra accessibility to the POKT token, allowing Algorand developers to use their newly created ASA-POKT tokens in their applications. People will also be able to trade ASA-POKT on Algorand supported exchanges and send it on Algorand supported wallets.

Algorand Inc. claims to have built the world’s first open-source, permissionless, pure proof-of-stake blockchain protocol for the next generation of financial products. This blockchain, the Algorand protocol, is the brainchild of Turing Award-winning cryptographer Silvio Micali. A technology company dedicated to removing friction from financial exchange,

Pocket Network Inc. is a software startup building a universal, decentralized API protocol for blockchains. It functions as an inclusive relay network for API requests to major blockchains, with a crypto-economic model that minimizes costs for developers while passing the value directly on to the full-node operators. Pocket uses a native cryptocurrency (POKT) to create a permissionless, two-sided marketplace between node providers who run full nodes and developers that want to query data from a blockchain for an application or service.

Borderless Capital is a modern financial institution investing capital and building financial products that accelerate access, bootstrap adoption and creates value globally through the Algorand Borderless Economy. We do not stop with just investment. We also provide guidance and mentorship to grow our portfolio companies into successful businesses. As a thought leader in blockchain with deep expertise in the Algorand ecosystem, we advise our portfolio companies

Harry Baker - October 28, 2019
0
Viro Move, a new VR fitness experience, now has a downloadable demo on the Steam store for you to try out. VR workouts are...

Away Mission Is A Free Roam VR Arcade Game

Codemasters Has ‘No Plans’ For Dirt Rally 2.0 PSVR Version