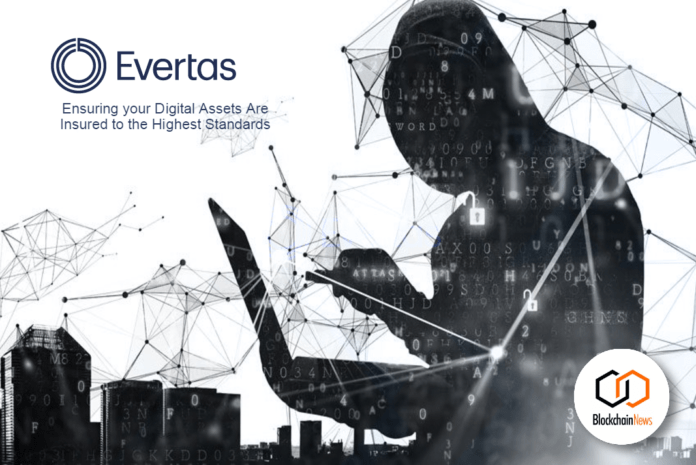 Cryptoasset Insurance Company, Evertas says there is a serious problem of ‘phantom’ knowledge of digital assets from insurers.

“Cryptoassets and blockchain systems involve multiple disparate technologies and a range of risks including cyber, regulatory and fraud that are unlike any other market.  Although our findings reveal that senior insurance executives believe the sector has a good understanding of the risks around cryptoassets and that underwriting, pricing and claims are effective, the reality is they are not.  Proof of this can be found in the market’s woeful lack of capacity for the cryptoasset and blockchain markets.

“However, there is little doubt that the market capitalisation of cryptoassets is growing rapidly and that it represents an exciting opportunity for insurers and brokers. Their challenge is to build the knowledge and expertise needed in-house – although this can be expensive and take a long time – or partner with specialists in this area like us.”

The company has been engaging with several insurers and brokers on the issue of insuring cryptoassets and has found many wrongly claim to have a good understanding of the risks associated with these assets, and mistakenly believe that the sector’s underwriting and pricing in this area are strong.

Evertas commissioned the market research company Pureprofile to interview 50 senior insurance executives (25 were based in the UK and 25 in America) on their views on the cryptoasset and blockchain insurance sector.  Interviews were conducted online during April 2020.

Evertas argues that with a global capacity of just $1 billion to $2 billion from insurers for a market that is worth over $250 billion, and with no dedicated underwriting or claims teams, they hugely overestimate their level of understanding of cryptoassets and the quality of service they provide to this market.

Evertas believes it’s the only company in the world focused solely on providing insurance coverage for cryptoassets and users of blockchain systems.  It has a unique offering providing a full suite of services for these assets – from risk audits, to underwriting, investigations and claims handling.

Founded in 2017, Evertas has a world-leading team led by an experienced group of executives including the founding Chief Insurance Officer (and founding member) of Lemonade, a blockchain team leader at Bank of New York, and a blockchain industry insurance expert. The founders have over 40 years of combined experience in the insurance sector, and more than ten in the crypto and blockchain markets.

Earlier this year, Evertas received its licence from the Bermuda Monetary Authority to start operating from the jurisdiction.  It operates as a ‘Class 3A’ insurer — a type of small commercial insurer whose percentage of unrelated business represents 50%per cent or more of net premiums written or net loss and loss expense provisions and where the unrelated business net premiums are less than $50 million.  Class 3A insurers are required to maintain minimum capital and surplus of $1 million.

Evertas has a world-leading team led by an experienced group of executives including the founding Chief Insurance Officer (and founding member) of Lemonade, blockchain team leader at Bank of New York, and a blockchain industry insurance expert. Their backgrounds bring together an unrivalled cryptoasset/technology expertise with pragmatic and practical insurance industry expertise.

The founders of Evertas have over 40 years of combined experience in the insurance sector, and more than ten in the crypto and blockchain markets.

Boneworks On ‘Top Tier’ PCs Can Simulate 40+ Physics Based Enemies

Gadgeteer Releases For Quest On October 24