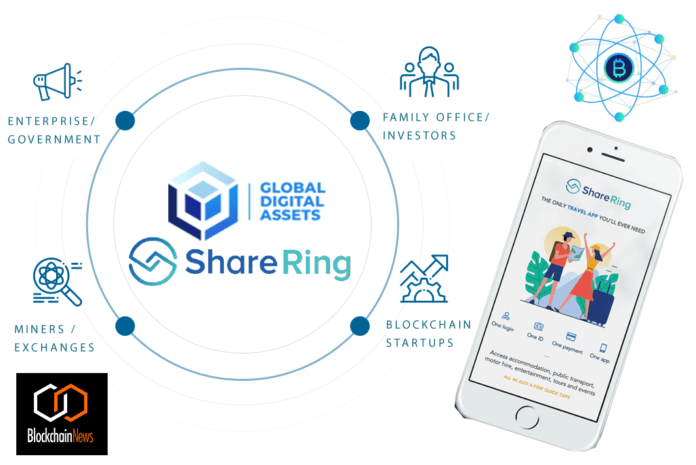 ShareRing (SHR) is partnering with the industry-leading merchant bank for blockchain and digital assets GDA Capital. GDA will be providing ShareRing with growth capital and will help to accelerate the distribution of their SHR Token, the native token on the ShareRing Network.

“It’s a real privilege to add GDA with their years of expertise under their belt to our growing list of influential partners and key collaborators. They are one of the top blockchain firms in supporting projects through development while also opening doors to numerous key firms in sectors ShareRing is operating within,” stated Head of ShareRing, Tim Bos.

Co-founder of GDA Capital Michael Gord commented on the partnership by saying:

“With a partnership network that includes dozens of vendors that are ready to integrate ShareRing into their existing business infrastructure, this network is one of the readiest for real-world activations that we have seen”.

GDA Capital will assist ShareRing with the distribution and adoption of the SHR token at the institutional level.

ShareRing’s value proposition includes travellers being able to book and pay for over 2.6 million hotels/accommodations, 1.2 million car rentals, 200,000 activities, and flights in over 200 countries using fiat or crypto. Furthermore, the company has made strides with significant partnerships to create a more seamless customer experience.

ShareRing is a new platform that wants to take the hassle out of travel, with its all-inclusive travel app for both businesses and consumers. ShareRing is led by CEO and Founder Tim Bos. Along with the other 5 founders (Rohan Le Page, Peter David, Neville Christie, Jane Sadler-Kidd and Barry Brewster). The team recognized the potential to disrupt the fragmented sharing economy with blockchain technology. The group has successfully launched a previous car-sharing venture called ‘Keaz’, which was acquired by Wunder Mobility in 2019. Utilizing the knowledge gained from this prior experience, the team began working on ShareRing.

Global Digital Assets (GDA Capital) is a global merchant bank focused on emerging technology, based in Toronto & New York City. GDA was founded through the joint venture between MLG Blockchain and Secure Digital Markets and offers a full suite of services including ventures, capital markets and liquidity. Our team has played a significant role in taking dozens of tokens to market for clients around the world; having led million-dollar marketing and activation campaigns, and completed over three billion dollars of private placement or OTC transactions. We have worked with a variety of firms ranging from family offices, HNWI, Fortune 100 enterprises, startups and global governments looking to accelerate their country’s adoption of blockchain.

Subtitles For Multiple Languages Are Coming to Asgard’s Wrath