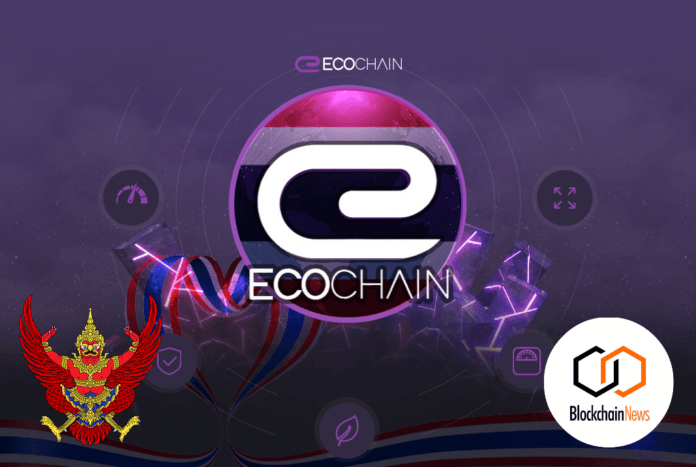 Due to the remarkable growth and success of Southeast Asia’s ECOChain, the public chain company has not just gained the full support of the Thailand government but is now the largest blockchain company in Thailand.

Established in 2017, the ECOChain community continues to grow exponentially and has expanded to a dozen countries, including Thailand, Korea, Indonesia, Russia, Vietnam, Japan, China, Philippines and the United States.

In a recent press release the team stated:

“ECOchain is a fast, and eco-friendly permissionless public chain that is truly decentralized. The chain has a short block creation time (32 seconds) and also offers high on-chain transactions per second (560 TpS). For smart contracts, ECOchain runs Ethereum Virtual Machines (EVM), making easy the development as solidity is a well-known language by blockchain developers.”

According to the team at ECOChain, the 3rd generation high-performance public chain is designed and equipped with valuable features that are predicted to disrupt the inefficient and outdated services in the crypto-industry and the ECOC Oracle System is a significant leap forward in the blockchain technology application.

“With a sole aim to boost the use of Oracle in the blockchain ecosystem, ECOC also finalised about the mechanism which incentivizes rational oracle, to be honest, may solve the oracle problem onchain, which help everything to be settled on the first layer i.e. ECOC. This research will help the blockchain community to adopt the usage of oracles during DApps implementation.”

The ECOC developers stated a consensus mechanism for oracles is there to guard the change of the internal state of the smart contract. The idea is to have blockchain as the first layer to make sure data is accurate, then granting permission on the smart contract.

From the launching of ECOC itself, the company says they have been able to solve the industry’s high transaction processing speed requirements (560 TPS) as well as the issues of data storage and application, including issues related to sharing, forging, source traceability, and high costs.

ECOC uses the PoS consensus algorithm, adhering to the most basic decentralized spirit of the blockchain which allows for greater flexibility, a trustless/full permissionless system, and a lowered risk of systemic failure.

Having issued 2 billion ECOC coins and over 80 million in circulation, ECOChain is vying to establish itself as one of the leaders in the cross-chain industry.

Kyle Melnick - July 15, 2019
0
James Murdoch has reportedly invested $20M in location-based entertainment.According to report made by Bloomberg this past weekend, a person “familiar with the transaction”...

The Final Chapter Of Wolves In The Walls Arrives On Oculus...