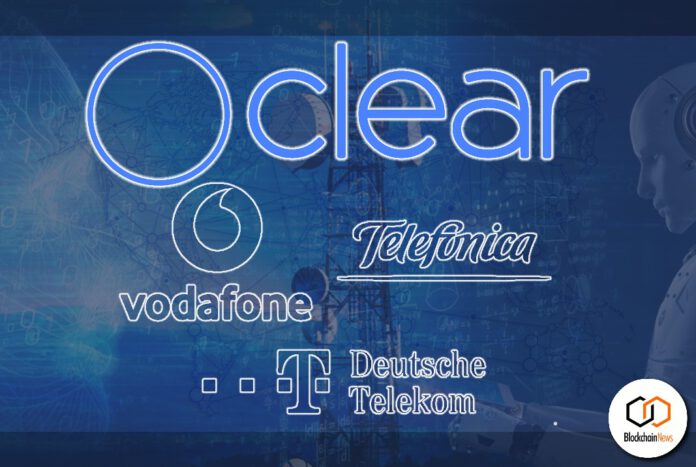 “To eliminate the complexity and streamline the process of B2B settlements, Clear developed a blockchain-based solution designed to automate contract settlement for enterprises, while guaranteeing control, security, and privacy. This trial is a huge step forward to a world of improved partnerships, minimum disputes, and accelerated innovation.

Initiatives from leading industry bodies such as the GSMA and the GLF are now pushing for industry adoption across multiple use cases. Clear and its partners are committed to aligning with industry standards to assure interoperability and access for all players to the forming networks,” concluded Haggiag.

The potential for parties to automate inter-company settlements and flexibly define inter-company deals and workflows allows for the much-needed proliferation of business partnerships that will help to provide new services. The network of operators utilizing Clear’s solution for roaming settlement is now onboarding additional operators, with Clear offering free installation and an extended trial to new operators until the end of 2020. Operators who join can examine the platform as a first step to building the new partnerships needed for 5G, Edge computing, and IoT ecosystems.

“Roaming discount agreement reconciliation is a complex, costly process prone to errors. Having an automated system that can not only solve this problem but avoid it altogether, opens up a world of possibilities for telecom companies, as we move from isolation to collaboration. Using Clear’s solution, operators will now have the ability to transact seamlessly with an ecosystem of partners — a crucial ability in the 5G and Edge ecosystem, in which we foresee significant growth of operators’ business relationships and business models.”

“An automated system that can put an end to the complicated and intricate process of roaming discount agreement reconciliation is a welcome move that has the potential to be an improvement for the telecom industry, leading to a more efficient and seamless model.”

“Inter-carrier roaming processes have evolved enormously throughout the history of mobile communications. With new, more complex technologies like 5G and IoT being introduced, even more, radical innovation in roaming will take digitalization to the next level. Vodafone believes blockchain is the solution, and its use will lay the foundation for further sustained innovation. Clear’s solution is a solid demonstration of blockchain’s benefits, and we’re delighted to be working with Clear and all our industry partners to grow this ecosystem and build a global network at scale.”

Where to host your next OpenSim grid – Hypergrid Business