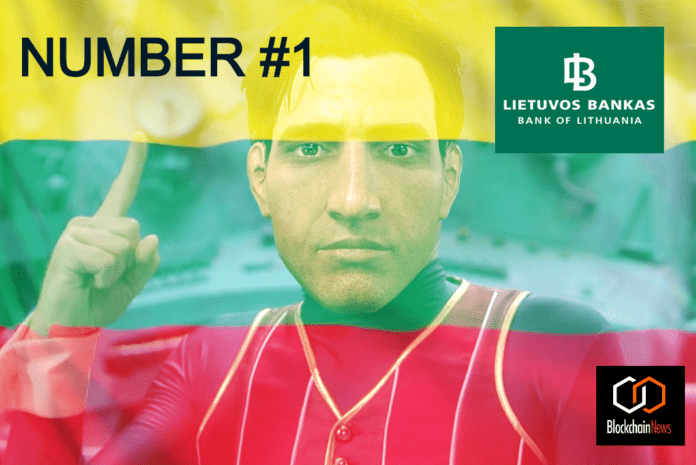 “The digital coin vividly illustrates what we achieved when we chose the strategic direction of our business a few years ago — to take a firm path to financial and payment innovation. This coin is like a bridge that combines classical numismatics with rapidly evolving financial technologies and innovations. I have no doubt that the issuance of such a coin will strengthen Lithuania’s role as a regional financial technology centre,” stated Vitas Vasiliauskas, Chairman of the Board of the Bank of Lithuania.

“Digital money is an integral part of the digital economy. It is the LBCOIN collector coin that allows people in Lithuania and all over the world to try out new technologies in a safe environment now… to confirm their identity remotely, to open an electronic wallet, to exchange digital tokens with other collectors, to transfer them to the public network, and so on. And we are gaining practical knowledge in the field of central bank virtual currency issuance, which we hope will be useful for the entire euro area and the community of other central banks,” added Marius Jurgilas, Member of the Board of the Bank of Lithuania.

Each digital token represents one of the twenty signatories of the Act of Independence of Lithuania.

Digital tokens are divided into six categories according to the areas of activity of the signatories (priests, presidents, diplomats, industrialists, academics, municipalities) of four thousand units in each category.

After purchasing an LBCOIN coin, the buyer will receive six randomly selected digital tokens, which can be exchanged for one physical collector silver coin, and can be bought and or stored with the Bank of Lithuania’s and can be donated or traded with other collectors. Alternatively, owners will be able to transfer them to a digital token wallet on the NEM public blockchain network.

The physical collector LBCOIN is the size and shape of a credit card, depicting the Act of Independence of Lithuania and the signatories. The Lithuanian anthem written in binary code is depicted in the Lithuanian tricolour depicted on the reverse.