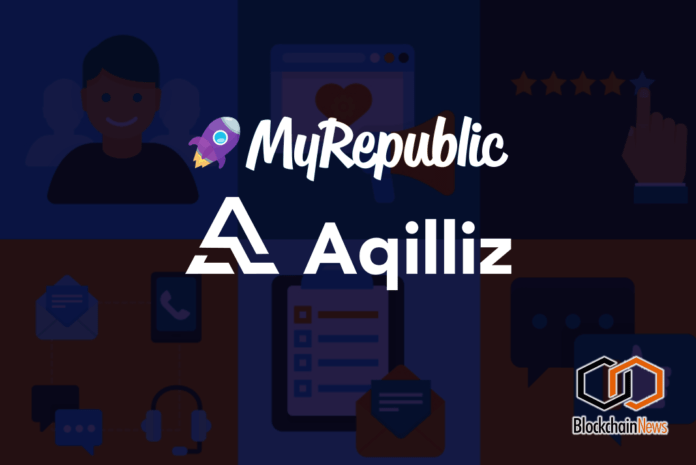 Entitled MyRewards, the blockchain-based loyalty programme application was developed as part of the IMDA Blockchain Challenge which looks to explore the applications of blockchain to drive greater operational efficiency and business model innovation in the telecommunications sector.

“Blockchain has enormous potential for unprecedented insights into consumer preferences, allowing us to not only see their go-to touchpoints, but also learn and adapt some of our strategies in user targeting. Our partnership with Aqilliz has been an incredibly valuable experience.”

“While blockchain’s benefits may not be immediately apparent to everyday users, the less intrusive it is to the user experience, the better it is. For programme owners and merchants, MyRewards imparted clear benefits compared to existing loyalty programme infrastructures. With increased transparency, significant cost-savings, and the potential to deliver more value to their customers, we hope that brands can recognise that there is a viable future for blockchain as a technology that can shape the loyalty ecosystem for the better.”

MyRepublic subscribers received an invitation to download the MyRewards mobile application, available on both the Google Play and iOS app store. From February to April 2020, MyRepublic customers could earn points based on their monthly bill which could be redeemed at any of the company’s 19 retail outlets islandwide through an in-app QR code system.

In addition, MyRepublic users also had the option of earning points by connecting to over 20,000 Wireless@SG hotspots islandwide at locations including shopping centres, libraries, community centres, and other public venues. MyRewards points could then be spent on in-app purchases for retail vouchers and other branded offers, rewarding consumers for their participation.

Aqilliz leveraged Zilliqa, the high-performance, high-security blockchain platform for the MyRewards mobile app in order to explore the feasibility of a public blockchain network for a wide-scale application.

When compared to traditional loyalty programmes, transaction costs can be significantly lowered with blockchain technology—a valuable benefit enabled by Zilliqa’s unique approach to transaction processing. These cost-savings and emphasis on supply chain transparency all simply serve to heighten the customer experience on the MyRewards app, as transactions take place in near-real time and programme owners benefit from a holistic, ongoing view of customer habits.

Aqilliz looks to build a wider network of blockchain-based loyalty programmes that can function as one interoperable system, in order to increase the efficiency and utility of this widely-used customer engagement strategy.

Harry Baker - September 23, 2019
0
Virtual Reality fitness company YUR are releasing an app for the Oculus Quest that will help you track calories while using any of...

Quest Gets A Comprehensive DJ Simulator With Private Tuition In TribeXR

Minecraft Earth Is Finally Available In The United States