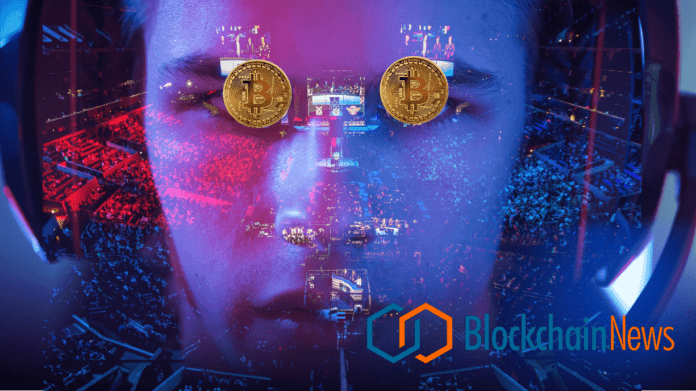 Blockchain technology has since its inception made inroads into countless industries thanks to its transformative power. It holds great potential to disrupt the closed system of the gaming industry in several ways, one of which is tokenization.

The use of asset tokenization could be a major game changer for the eSports sector. Not only does it have the capacity to transform the gaming experience but it can also solve a number of major problems that have in the past been deemed beyond solving. 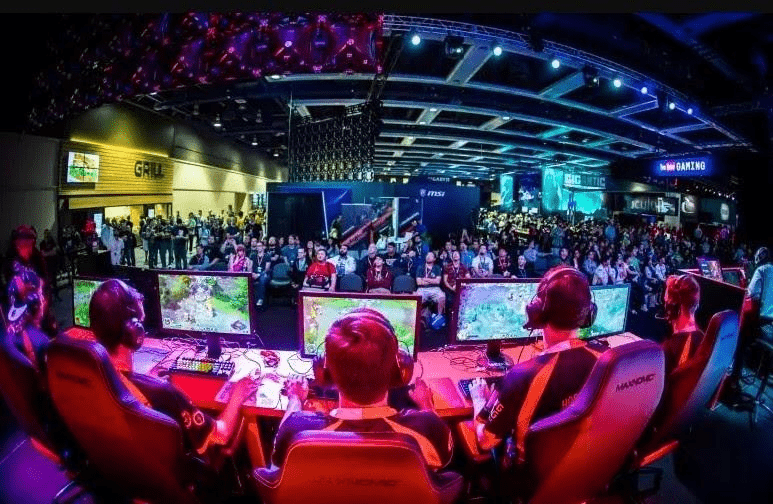 What gives it such great transformative potential for eSports is the fact that it simplifies a complex and inefficient system that has plagued the sector for ages. As we will see in greater detail below, the blockchain-based concept addresses a number of major bottlenecks in this virtual industry.

With this solution in hand, it is expected that the space will experience a massive influx of new interested parties. These include investors, players and also bettors. Let’s find out how below.

How the eSports Industry is Currently Monetized 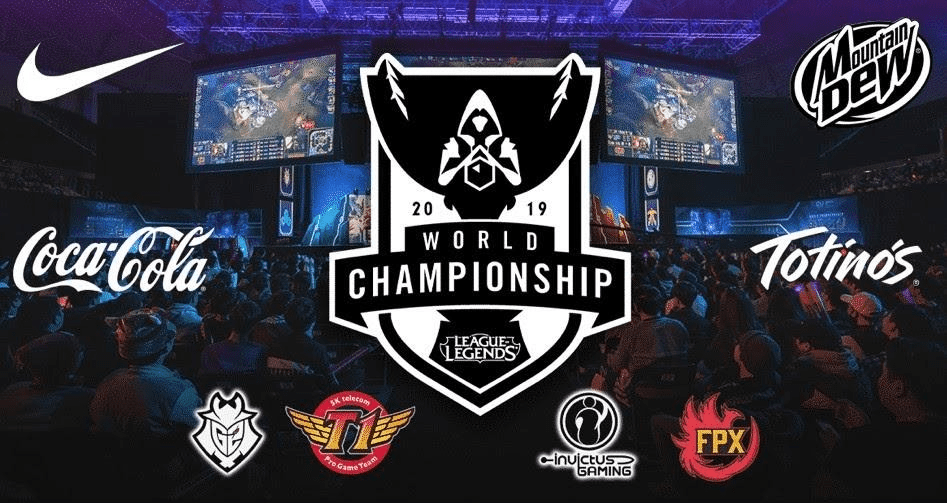 The eSports industry is still relatively new and as is expected, has quite a number of teething problems.

Under the current model, there are a few key ways in which teams get their revenue. They include:

As you might expect, the most popular and best-performing teams get the cream of sponsorship deals. Therefore, the earning potential of any given team increases as it goes up the ranks.

Weaknesses on the Current eSports Model

As the eSports scene keeps expanding its global fan base, there are plenty of investors who want a piece of the pie. Unfortunately though, very few have access to it. The major reason for this is because the teams are not liquid assets. Consequently, trading them is a huge challenge. This poses a number of significant obstacles.

For instance, even if a team’s performance and popularity increases, raising its value, owners may have a hard time trying to sell their stakes. The reason for this is that even though there could be plenty of buyers interested in making the purchase, only few can afford the risk exposure, and even fewer meet the minimum investment threshold.

Consequently, such owners often have to find ways to attract buyers, for example, by offering illiquidity discounts. Essentially, this is the price a seller has to pay for trading illiquid assets and it could go as high as 20% or even 30%.

In addition, the eSports space also suffers from a lack of regulations due to the fact that it is still in its nascent stages. A lack of transparency also plagues players when it comes to the distribution of prize money. And as is the case with any flourishing industry, there are plenty of third-party scammers out to make a quick buck.

The Transformative Power of eSports Tokenization

Blockchain technology offers the perfect set of solutions for addressing all of the above challenges through asset tokenization. Tokenization basically involves converting ownership rights for tangible assets into digital, blockchain-based tokens. The token in this case becomes a digital representation of real, tradable assets.

Tokenization simply changes the manner in which the asset in question is managed. It has always been a major use case for blockchain technology and a closer look at it reveals why. To illustrate its value, think of conventional assets as snail mail and tokenized ones as email. Sending an email is a lot more convenient, faster and cheaper than snail mail.

Take a look at some of the ways on how tokenization will address the weaknesses associated with the current eSports model and create new opportunities:

On the eSports scene, the use of asset tokenization allows illiquid asset types to be sold with ease by lowering the entry barrier. Tokenized brands, teams and players are therefore accessible to a wider range of investors. By opening up the potential investor base to a larger audience, it creates more opportunities for monetization in this previously restricted space.

With more investors on the space, the potential growth for the industry will be limitless. Illiquidity discounts will be a thing of the past, allowing stakeholders to make the most of their investments.

Furthermore, eSports teams are now in a position to hold funding initiatives. The best part of this is that investors can now enjoy fractional ownership, translating to a lower minimum investment threshold. It also leads to a higher influx of investment into the industry as smaller investors now have access. Overall, the effect of this is a highly liquid asset class.

With time, this could lead to the creation of entirely new investment opportunities. For instance, teams could opt to tokenize potential winnings and get an upfront payment in return. They can use this funding to recruit new talent and carry out other capital-intensive initiatives.

Another major benefit is that asset tokenization makes it possible for teams to get community-backed sponsorships. Courtesy of the possibility of fractional ownership, teams can access immediate funding with relative ease.

It also has the capacity to streamline virtual goods trading through tokenized sales of merchandise. These allow teams to access additional streams of revenue on a more transparent framework. Moreover, it can create new markets for the trading of in-game collectibles.

The concept of assigning blockchain-based tokens to such assets makes it possible to trade them on external platforms. Developers would also be in a position to avail the assets to a wider investment community and exchange between games. Think about the opportunities this could create for cross-game interactions.

Tokenization of contracts, on the other hand, will go a long way in addressing the trust factor within the eSports space. The entire process is automated thanks to smart contracts, which means that the terms of every agreement are put into code. Once the requisite conditions are met, the contract is automatically executed.

Think about the potential of this revolutionary aspect. For starters, having contracts immutably recorded on the blockchain will mean that stakeholders will always receive payments. It also eliminates the role of third parties in facilitating contract execution.

Ownership Stakes on the Blockchain

Lowering the barriers of entry into the space would make it possible for more people to become a part of the action. This includes ardent fans who wish for an opportunity to enjoy greater involvement. Thanks to tokenization, even fans can have an ownership stake in the teams and reap the benefits of doing so.

Furthermore, the new model shifts ownership rights to the blockchain providing a permanent and immutable record. Every transaction and detail is recorded on a public ledger and it cannot be tampered with. Thanks to its transparency and decentralization, monitoring activities would be much easier, leading to greater security within the ecosystem.

Such a level of transparency allows users to prove their ownership to any interested parties. And for this, they would not need to enlist the services of any intermediary. Essentially, it would create a frictionless and intertwined network for the sector as a whole.

Among the biggest hurdles that the eSports sector has to contend with is the issue of regulatory compliance. Encoding compliance laws such as Know Your Customer and Anti-money Laundering Law solves this issue.

One of the most complex aspects of regulatory compliance is the fact that rules differ significantly from one jurisdiction to the next. Ensuring compliance across every region where an asset is traded has always been a pain. Automating the process using smart contracts simplifies things and introduces a measure of security into the industry.

On the current model, asset transfer is a lengthy and costly affair requiring tons of paperwork. Typically, stakeholders require the services of lawyers and other third parties to facilitate transactions. But with tokenization, the entire process would be streamlined.

Smart contracts would automate asset transfer and payment processing would take place on the blockchain. This would mean faster and cheaper transactions on a decentralized and transparent framework.

It is clear that tokenization has what it takes to streamline the eSports industry. It offers the tools necessary to make the eSports space more accessible to investors and fans and more transparent to all stakeholders.

Asset tokenization can level the playing field, allowing investors with varying risk appetites and financial clout to get a piece of the pie. Even fans can get closer to the teams they love through fractional ownership.

In view of the growing popularity of the eSports industry and its massive potential for growth, there are plenty of people who want to become a part of it. Blockchain-based tokenization seems to be the missing link that this industry needs to push it to the next level.

Gabe Gurwin - July 9, 2019
0
Racket: NX is officially launching on Oculus Quest next week. Back in April, we learned that the high-octane Breakout-like game Racket: NX would be...

Live Planet Advances Entire VR Industry with the Introduction of The...