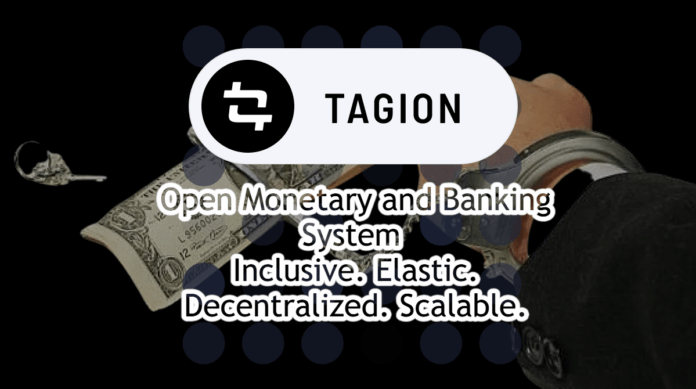 “We’re proud to launch the AlphaOne network, and the Tagion community has been looking forward to getting their hands on a working model and seeing in particular how our high-throughput, network capacity, and virtual engine perform.”

This milestone delivers Tagion to the hands of developers and next-generation economic visionaries in order to craft a platform for nearly instantaneous money transfers through a network utilizing a unique, elastic coin-supply policy to favor transactions over HODLing as an investment.

For individuals and companies looking to send or receive money in full privacy, immediately, and cheaply, Tagion offers a network that makes use of tomorrow’s distributed-network fintech technology, without the speculation or currency ties of today’s coin-enabled services. Tagion is firmly rooted in open-source development, giving everybody the opportunity to become part of the monetary revolution.

The AlphaOne network release is a high point achieved after three years of consistent team work, sharpening of product focus, and implementation of theoretical and technical innovation. While the company has many team members and supporters to thank, Tagion has been a self-funded initiative by the Danish firm i25s ApS, with further funding from private SAFT agreements, but without an ICO or VC funding.

The network is functional on Linux with a sufficient number of nodes operating to enable testnet users to try out accessing the network, creating and sending payment requests, and sending and receiving the network’s tokens, called Tagions. Pulling the network out of the lab and running it in the real world will enable Tagion to develop it into a fully-fledged Beta network.

Work on AlphaOne will be in the hands of Tagion CTO and co-founder Carsten Rasmussen. In particular, Carsten will be putting AlphaOne through its paces in order to test and develop:

The project will soon present a bounty hunt for developers and others who wish to test and help improve the network. More information on Tagion and the bounty hunt can be found here on Telegram , or contact Tagion CSO Roxana Nasoi.

Tagion is a decentralised and permissionless monetary and banking system run and owned by its users. Its genuinely fair and democratic governance model builds on the ideas and design principles of Nobel Memorial Prize winner in Economic Sciences, Elinor Ostrom. Tagion is self-sustainable and seen as a common resource that lets developers create new financial markets with a few clicks.

Tagion features elastic money supply and the absence of a hard cap in order to keep the value of the network tokens stable – and in time – Tagion will be a trustless, algorithmically controlled monetary system that keeps the token price stable relative to a basket of fiat currencies. Tagion gives all developers the possibility of creating a more sustainable economic world.

i25s has funded the development of the Tagion network, and has its place in the world to build financial services on top of Tagion and to help bridge classic financial systems with the cutting edge services being possible on Tagion.

Harry Baker - October 9, 2019
0
The developers of Beat Saber, Beat Games, offered a small update on official custom level support for the Oculus Quest, which was first...

A Sadistically Funny, If Light Take On Warioware VR