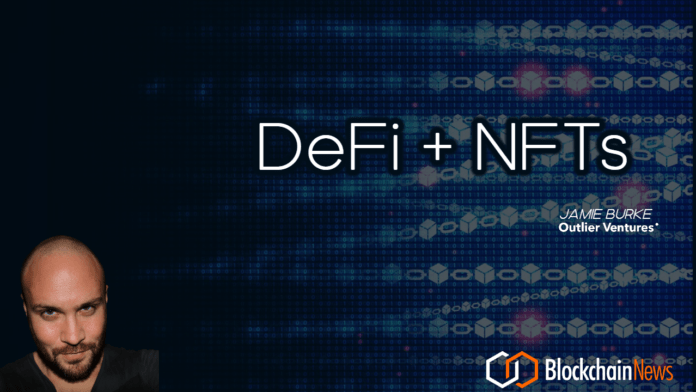 In this second article in a series posted on Outlier Venture‘s Blog,  I propose we are a year into 5-year long DeFi hype cycle, likely made up of several mini-cycles, where the aggregate effect is a quadrupling of today’s combined market cap and a doubling of the 2017 $600bn highs based on a sustained ‘mainstreaming’ of the industry.
In fact, it’s not impossible we hit that in the next 24 months alone should a few things fall into place. So now I’ve got your attention let me explain how across three posts.

Firstly, for the purpose of this series, I would define ‘Retail DeFi’ as both existing consumers that already use crypto today (although primarily via CeFi) and for speculative purposes, as well as entirely new users who without the below innovations would have no interest in directly holding crypto as an asset class.

As discussed in the previous article (every hype cycle is usually a consequence of a combination of innovations coming together in a timely way. I propose the innovations that will drive demand for Retail DeFi are as follows:

‘A non-fungible token (NFT), also known as a ‘nifty’, is a special type of cryptographic token which represents something unique; non-fungible tokens are thus not mutually interchangeable by their individual specification’

These two standards allow for all kinds of unique programmable digital goods of multiple token types and characteristics such as:

But actually, most things in your life today are non-fungible including your friendships, house, car only narrow use-cases like monet are fungible. So NFT use cases are as limitless as your life today. The question is which lend themselves most to being digitised.

If we look at the yield farming phenomenon in DeFi 1.0, such as in the various food protocols, where yield was aggressively offered but there was simultaneously an inherent pressure to remove inefficiencies (fees), meant without a mechanism for loyalty there is no form of platform lock-in, and only the spectre of a race to the bottom and short term ‘yield hunting’ and exit scams.

If we think of Liquidity Mining in a marketing context it is really just a form of subsidised user acquisition. It’s subsidised because it isn’t linked to an actual income stream, at least not yet. You are effectively looking to outspend the competition, which it has to be said is incredibly common in commoditised VC backed consumer tech (like say ride-hailing) in what you hope to be a winner takes all market. But it is very difficult to maintain when the money runs out or users can easily switch. In any startup context if you only run this kind of aggressive user acquisition without a retention program you get high churn.

And users switching (in this case liquidity leakage) to chase the next profitable opportunity is exactly what we saw in DeFi 1.0, with hundreds of millions worth of locked value being poured into protocols like Yam, Sushi, but then just as quickly withdrawn to put into the next protocol at the same speed when the inevitably limited amount of liquidity mining subsidies run out or drop in value.

However, NFTs because of their unique nature can serve as rewards with pre-set rules based on loyal behaviour. They can also in principle go up in value, be freely traded and bring yield through a royalties like feature. In effect, you can think of them as a powerful CRM toolkit to lock users in and break negative patterns.

And we have already begun to see them being put to use in DeFi in experiments such as Aave NFT mining. Where users now not only earn yield but also NFTs (Aavegotchis) that increase in value based on the degree of active participation and loyalty in a novel game closely aligned to the Aave lending market economics. Because the whole industry can openly track this mechanism’s success, replicate and tweak its code you can expect DeFi to increasingly close the loop with innovative NFTs game theoretics and bring the promise of sustainable growth to DeFi itself.

In addition, because these assets are unique they will presumably have much lower liquidity than a fungible asset bringing a level of stability but also growth as a form of collateral (as leveraged by $WHALE, an NFT collateral backed social currency, in this case primarily through digital art). Therefore they can also be put to work as collateral in DeFi borrowing markets alongside actual stable currencies themselves like $DAI. This means good NFT collectors can actually bootstrap collections by borrowing against their collections themselves, as well as earning NFT Marketplace governance tokens and yield like $RARI (on the Rarible NFT Marketplace), driving up their value and reinforcing the hype cycle.

Many of the NFT use cases such as collectables, digital art and rewards points are also forms of digital goods people already know and understand and therefore more acceptable to a wider section of society. Because they are often made in visually appealing multimedia form they have the potential for powerful memetics and can be highly viral when shared in social channels like Twitter, Instagram or Twitch tapping into massive existing Web 2.0 user bases.

In this context, you can think of NFT marketplaces such as SuperRare, Rarible or NiftyGateway as playing a similar function to CEXs (Centralised Exchanges like Binance) during the ICO boom in onboarding retail users. The fact NFTs are actually a form of ‘crypto-asset’ is abstracted away almost entirely, depending on the degree of centralisation (as in some use fiat on and off ramps and others MetaMask only).

But in fact, because NFTs are most interesting when considered ‘digital consumables’; context-driven experiences consumed in virtual environments such as Decentraland, Cryptovoxels, or Sandbox, and it could be argued the most valuable NFT marketplaces will be in the virtual environments they are consumed.

This experiment might start with crypto businesses generally experimenting with NFTs-as-CRM (as being pioneered by Linkdrop, with customers such as Coinbase and Binance who operate in a highly commoditized space) but I believe will quickly be adopted by the wider consumer tech world, especially in demographics where the ‘Supreme drop culture’ is well established such as fashion and gaming (as being pioneered by companies like Crucible.network) creating a level of demand triggering something much much bigger than the 2017 ICO cycle.

However, there are still some significant barriers that need to be removed before this can happen, most importantly Ethereum gas prices being unsustainable for lower value digital items. Triggers could include:

Portfolio in this segment:

This is not a new thesis but one that has evolved from a powerful feedback loop with a developing portfolio of 30 startups. Below is a summary of those projects mentioned in this article.

This article was first published at Outlier Venture’s Blog. 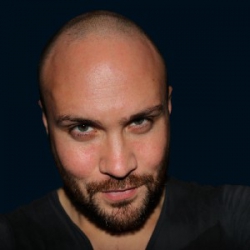 As an early investor in Bitcoin and Ether Jamie went ‘all in’ during 2013 founding Outlier Ventures, Europe’s 1st venture fund and platform dedicated to blockchain and Web 3. Since then we have built a portfolio including industry-defining projects such as Brave Browser, Fetch.ai, Ocean Protocol, DIA Data, Enigma / Secret Network and developed an award-winning Web 3 accelerator working with 30 pre-seed startups a year who we have helped raise over $130m in growth capital.

VR ‘Has Been Defined As Non-Core’